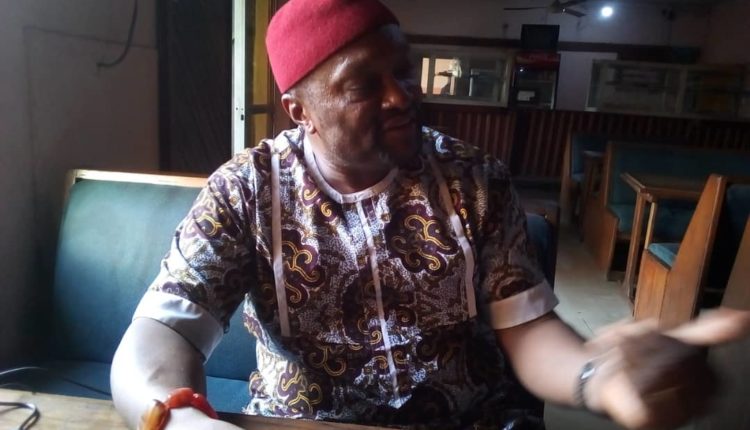 The apex Igbo socio-cultural organization, Ohaneze Ndigbo has again appealed to President Muhammadu Buhari to release all Igbo youths still in detention across the country in connection with the activities of Indigenous People of Biafra (IPOB).

It stated that placing them on indefinite detention would not solve the problem as only dialogue is the only way forward.

The Igbo umbrella body argued that IPOB is neither a terrorist organisation nor a composition of bandits that operate with guns but a mare outfit that champions the interest of the South East Region.

The President General, Chief Chidi Ibe, who made the call, while briefing newsmen in Owerri on the activities lined up for the celebration, said that as true youths and children of Igbo origin, the Ohanaeze Ndigbo could not fold it’s arms and allow the boys to perish without any justifiable reasons.

He said: “as bonafide Igbo youths and children, the Ohanaeze Ndigbo could not afford to play to the gallery and disown them when it matters most as is the situation now”.

According to Ibe, the 4-day Igbo celebration with the theme “Agwo No Na Akirika” – (A clarion call to End insecurity in Igbo land) kicks off at the “Dora Akunyili Women Development Centre” on Sunday 26th September 2021 at Awka capital of Anambra State, is expected to attract all Igbo governors, Igbo members of the National Assembly, Igbo religious leaders, chairmen of Igbo council of traditional rulers as well as those of local government councils.

Ibe stated that Igbo Day of atonement, Igbo Language Seminar, Igbo Security Conclave, and Imeobi Expandable Meeting all in Enugu, would feature at the event with professors Uzodinma Nwala and Obasi Igwe as Chairman and keynote Speaker respectively.

The President General reiterated the position of the highest Igbo decision-making body for a president of Igbo extraction in 2023 in the spirit of equity, justice, and fair play and enjoined the Federal Government to initiate dialogue with the freedom fighting organisation as a way forward.

He said: “A president of Igbo extraction in 2023 is not negotiable and we cannot change our position on this. We have written letters to all the political parties on why they should zone the presidency to the southeast and we believe that reasonable leadership of the parties will agree with us on the matter”.

He warned that placing IPOB boys on indefinite detention would not resolve the issue at stake even as he canvassed for a referendum to ascertain their views.

This, he said would stop the rampant incessant killings of innocent souls in the southeast region.

The Ohanaeze Ndigbo chieftain also challenged governors of the southeast region still foot-dragging over the anti-open grazing law to rise up and borrow a leaf from their counterparts in the southwest and south-south who had signed the bill into law.