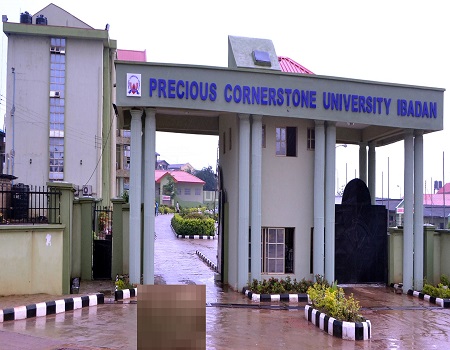 An industrialist and chairman, Bode Foam Industries Limited, Chief Bode Amoo, has made a case for the establishment of more private universities in Nigeria.

This he said would serve as the necessary alternatives to the uncertainty that has become the lot of public universities which he argued had transited “from being centres of academic excellence to centres of crises.”

Chief Amoo made the comments in the matriculation lecture he delivered at the Precious Cornerstone University, Ibadan, Oyo State, on Friday.

Speaking on ‘Raising the International Competitiveness of Nigerian Graduates: The Role of Private Universities’, Chief Amoo, whose address was delivered by Dotun Adelabu, said Nigeria’s public universities have become “centres of wailing rather than centres of learning.”

He lamented that the academic calendar in public universities is no longer predictable, as students due to no fault of theirs spend more years on a course than envisaged, making parents also to spend more on their children’s education.

“Consequently, the Nigerian universities’ certificates that were once highly rated in foreign countries have lost their credibility,” he noted.

Other advantages of private universities, according to him, include the lack of bureaucracy and administrative regulations that characterize public universities; flexible teaching and learning conditions as well as stability in funding.

He also noted that discipline is better maintained in private than in public universities.

The vice-chancellor, Professor Julius Oloke, disclosed in his address at the matriculation ceremony, the second since the university started academic programmes, that a total of 95 students were being matriculated, while a total of 102 students would be admitted into the two faculties – Faculty of Pure and Applied Sciences and Faculty of Social and Management Sciences.

He appreciated the parents who he said had been highly supportive, and urged them to see the money they spend on keeping their children in the private university as a worthy investment.

Professor Oloke also announced that the Precious Cornerstone University had just inaugurated a well-equipped laboratory for biomedical sciences, and spoke of an upcoming International Biomedical Conference to be hosted by the university later in February where several distinguished scientists would converge on the campus to chart a path for different aspects of biotechnology.

The highlight of the event was the award of prizes to four students of the university who had distinguished themselves in the course of the academic session.

Aminat Omilani, with a CGPA (cumulative grade point average) of 4.86 from the Faculty of Social and Management Sciences was given a tuition-free scholarship by the visitor to the university and presiding bishop of the Sword of the Spirit Ministries, Dr Wale Oke.