In 2019, so many people will die and hence Christians should win souls — Oke

Mr. Michael Oke is the National Evangelist of The Apostolic Church of Nigeria (TACN). In this interview with SEGUN KASALI, he disclosed his 2019 prophesies, the form evangelism should take in the country, the forthcoming elections and other issues. 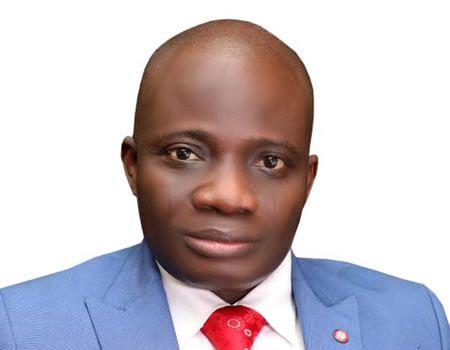 What form do you think evangelism should take in Nigeria?

But is this not the work of every believer and what makes you as an evangelist different from others?

Yes, it is because everyone heeds his call to save others. When I joined the ministry, I met baba Banish once in Ilaro. I was under his ministration as a local worker then. I intended to see him when he was transferred to Ilesha but I couldn’t till he died. So, I saw him in the dream. He called my name and said, Pastor Oke, lo ma beere fun agbara to n di le mu ti ile ki fi n wo”. I woke up and said this means a lot to me. This man never saw me before and I only met him once. That meant Jesus has something for me. As I was pondering over the dream, I saw him in the dream again that same week. He said, “don’t pray like that again. He said it was not good. He said, hope you know that there are still trees that cannot be easily uprooted but wind can waste its fruits. I now asked him how I should be praying it. He now said I should tell God that “please plant me like a rock”. Then, I woke up. In fact, it was as if we were discussing. I said to myself that I have future in this ministry. So, I started working towards it, started planning it. And then, I was in the village because I started my ministry in the village.

Since you said evangelism should be the work of every believer, what do you have to tell true Christians?

The Bible says those who are saved should rise up to the salvation of others. As a Christian, you should preach Christ right from your home but people are no longer doing that. The zeal would be there. So, I will charge the individuals that we have to go the former way. In fact, some people are ashamed to call themselves Christians nowadays. In those days, society was separated from Christianity because you have to live a separated life entirely. But nowadays, hardly will you differentiate Christianity from society and this gives me a notion that people who call themselves Christians nowadays are not genuinely so.

Is that not a challenge to church?

It is a challenge and in fact, the serious challenge; not that something is wrong with the teachings. We can trace it to the Scripture that at the end time, things like this will happen.

But the end-time has been there?

Yes, but it doesn’t have a duration. The end-time will keep manifesting and that is what we are experiencing.

Nigeria is facing some serious issues such as terrorism. Do you think evangelism can proffer a lasting solution?

It can. I said Christianity has helped the society, most especially by bringing the unsaved to Christ. If you are truly saved, you will no longer go into terrorism. This is Oshodi, in Lagos State. There are so many touts in Oshodi. Hoodlums are very many in this environment. But if one of them is saved, they will automatically come out of those acts. So, that is one of the ways evangelism can help out in eradicating terrorism.

What will you describe as an effective leadership, considering the fact that 2019 elections is few weeks wayhead?

Political leaders should put their trust in God and they should always let peace reign. So many of these leaders are not godly because the way a godly man will approach an issue will be different from the way an ungodly man will approach that same thing. The heart of an ungodly man is either do or die and do or die is a war and crisis. So, I will only advise that they allow peace to reign.

Are you saying that Christians should vote a Christian candidate in the elections?

That is not what I am saying. I can only advise Christians to vote for the candidate of their choice because the only power they have is their voting right. Our political leaders are desperate and hardly will you know their mind. If you go by the will of people, I think there will not be a problem. What is democracy? Government of the people, by the people and for the people. But nowadays, it is the government of some people and their pockets. Who are the so-called cabals? No one has known the  2019 elections yet, but the cabals have know a who will become the governor, president. So, why then do we need to deceive ourselves.

Recently, the rally of the  All Progressives Congress in Lagos turned bloody. What is your advice to the electorate, especially at this time of election?

What are your prophesies for the year?

2019 is a better year. When I met with the Lord in December. God told me that people should be ready to surrender their lives to Jesus because the second coming of Jesus Christ is approaching, very imminent. And nobody knows what can happen tomorrow. So, people should surrender their totality to Christ; partial surrender to Christ is no longer applicable but total surrender to Christ. Two, people should be ready to reach the unreached for salvation. We should try as much as possible to save souls because so many people will die in the year. So, we should try to save them before untimely death snatches them.

Prophecy: 2019 will be most powerful year church has had in long time