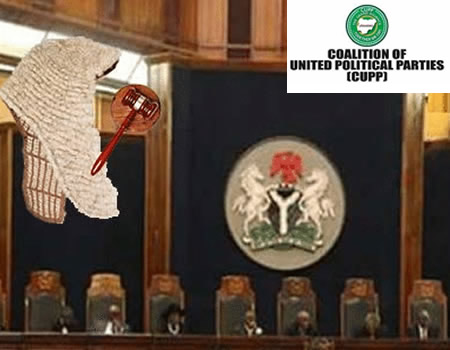 The Supreme Court has just stood down till 3 pm to deliver judgment in the application brought before it by the former governor of Imo state,  Emeka Ihedioha and his party, Peoples Democratic Party (PDP), seeking to set aside the January 14, 2020  judgment of the apex court which sacked him from office and declared Senator Hope Uzodinma of the All Progressives Congress (APC) as the winner of the March 9, 2019 governorship election held in the state.

The seven-member panel of Justices of the apex court led by the Chief Justice of Nigeria (CJN), Ibrahim Tanko Muhammad stood down the matter for judgment after parties adopted their written submissions in the application.

While Ihedioha and his party had, through their counsel, Chief Kanu Agabi (SAN) prayed the court to set aside its judgment that sacked Ihedioha as the executive governor of Imo State, Uzodinma, through his counsel, Damian Dodo (SAN) urged the court to strike out the application, on the ground that the decision of the Supreme Court is final, being the apex court of the land.

Dodo argued that Ihedioha’s application being a proceeding relating to or arising from the election of a governor is barred by effluxion of time.

“The application constitutes an invitation to the Supreme Court to sit on appeal over its final decision” Uzodimma stated and further submitted that,  “Having delivered its final decision on the 1st and 2nd Respondents’ Appeal No. SC. 1462/2019 between Senator Hope Uzodinma & Anor v Rt. Hon. Emeka Ihedioha & 2 Ors., the Supreme Court has become fuctus officio and divested of jurisdiction over the same subject matter.

“Order 8 Rule 16 of the Supreme Court Rules 2014 prohibits this Honourable Court from reviewing its judgment once given and delivered, save to correct clerical mistakes or accidental slip.

“The judgment sought to be set aside, having been given effect by the inauguration of the 1st Respondent/Objector as Governor of Imo State, this Honourable Court lacks the jurisdiction to grant the prayer sought” Uzodimma argued.

It would be recalled that the apex court had, in a unanimous judgment nullified the election of Ihedioha and ordered that Uzodinma as Imo state governor, having set aside the concurrent judgements of the state governorship election petition tribunal and the Court of Appeal, which affirmed Iheodioha’s election.

The Court held that Ihedioha was not validly elected as the governor of the state and consequently ordered that the certificate of return issued to him be retrieved and issued to Hope Uzodinma.

Dissatisfied with the verdict of the apex court, Ihedioha, through his legal team approached the Supreme Court via a Motion on Notice dated February 5, 2020, seeking the setting aside as a nullity the judgment delivered by the Court on the 14th of January 2020 in Appeal No. SC.1462/2019 and Cross-Appeal No. SC.1470/2019.