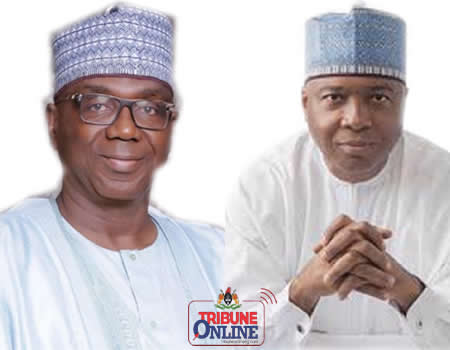 Representatives of two parties in the disputed land property called Ile Arugbo, in Ilorin, Kwara State, on Thursday held a reconciliation meeting in line with agreement reached on January 24, 2020, by the counsel to Kwara State government and Asa Investment Limited on the need to settle the issue of the demolished property out of court.

The meeting lasted one hour and 10 minutes started at 3.50 pm and ended at 5 .00 pm and was held behind closed doors at the Governor’s office in Ilorin.

Counsel to Asa Investment Ltd AbdulAzeez Ibrahim was the first to come out of the venue of the meeting at exactly 5.07 pm

Speaking with journalists, Ibrahim said, “We are still at negotiating stage. We are yet to conclude. The meeting has ended for now. We are meeting again on Tuesday at 4.00 pm. That is all we can say for now.”

Also speaking, the state Attorney General and Commissioner for Justice, Barr. Salman Jawondo said: “We have started a discussion, we had a very frank talk. We are still discussing it. We are meeting again on Tuesday at 4.00 pm.

The state High Court, sitting in Ilorin, had on January 15, 2020, advised parties in the suit to in the interest of peace, explore an out of court settlement over the disputed land on which Saraki’s Ile Arugbo was built

At the resumed hearing of the case on January 24, 2020, Counsel to Asa Investments Limited, AbdulAzeez Ibrahim informed the court that his clients had received a letter from the Kwara State Ministry of Justice inviting them to a meeting slated for January 27, 2020.

Counsel to the state government, who is also the Director of Civil Litigation, Ministry of Justice, A.M Bello also confirmed the receipt of a letter from the claimant’s counsel seeking the amicable resolution of the case out of court.

“In tandem with the tenet of the said letter, we have invited the claimant for a meeting on Monday next week for out-of-court settlement of the case,” Bello added.

In his ruling then, Justice Abiodun Adebara urged the parties to resolve the case amicably before the next adjourned date.

“This court is particularly impressed by the parties for the steps taken to settle out of court; they are therefore enjoined to engage in meaningful discussions that will lead to the resolution of the case out of court. I wish the parties well in their deliberation.

“With the concurrence of the learned counsel, this case is adjourned to March 2nd for the report of an out-of-court settlement.”

Convocation of sovereign national conference before the 2023 general election (4)