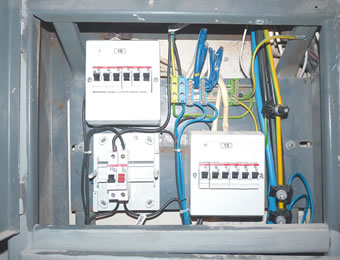 The management of Ikeja Electric has blamed paucity of funds for metering challenges within its network.

Speaking with journalists on Wednesday during an interactive session in Lagos, Felix Ofulue, the Head, Corporate Communications, Ikeja Electric, stated that the company had embarked upon metering of all its customers within the zone shortly after take over in 2013, but he said most customers did not recharge their meters and the company could not recover some funds from non-usage of the meters.

He also stated that power business is capital intensive and that 10,000 units of prepaid meters cost the company N144milion.

According to him, “Paucity of fund and current economic reality were responsible for slow pace of customer’s metering. Our initial metering plan was also frustrated because some customers refused to recharge the meter. They complained that they don’t have money.”

He also reiterated the commitment of the company to promoting indigenous meter manufacturers with patronage of over N500million worth of prepaid meters.

He however urged customers to always settle their bills. “As at today, our customers are owing us N88billion in debt. This is not encouraging because we buy power from the GENCOs who also buy gas to produce electricity, ” he said.

Moreover, he said his company has metered over 5,000 Maximum Demand (MD) customers within the zone as directed by Nigerian Electricity Regulatory Commission (NERC).

“The company has complied with NERC directive by metering all the existing MD customers in the zone. At present, all our feeders connecting our consumers without prepaid meters have been metered, which will enable them to get a fair estimated bills.

“Notwithstanding, we are presently metering our consumers in Ikeja GRA area and I want to assure all our consumers that they will all be metered,” he said.

“A lot of activities are going on now on our network, we cannot concentrate only on installation of meters. But between now and end of the year we would have done much on metering of our consumers,” he said.

There is strength in Nigeria’s diversity ―Ex-Gov Aspirant

Stop billing us for electricity not consumed, residents tell EKEDC