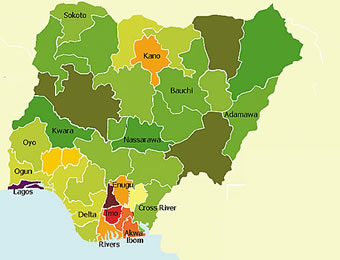 LAST week, an organisation, Economic Confidential, after an investigation, released the amount states make as internally generated revenue (IGR), while comparing them with what they get from the Federal Goverment. It is so unfortunate that the majority of the states depend on federal allocations for survival.

Some of these states struggle to generate just 10 per cent of the total amount they receive from the federal allocation, and this is really disturbing.

The truth of the matter is that we have people in positions of authority who are not qualified to be there.

Administering a state is like running a company; we have seen instances whereby some company bosses take their firms from the brink of bankruptcy to profitability. These are the type of people we need in positions of authority.

Anybody, even a secondary school student, can run a state if the yardstick is how our state governors perform.

It pains one that our state governors don’t really think of how to shore up their internally generated revenues. Even states that don’t have many companies sited in them like Lagos and Ogun states, can focus on agriculture.

Agriculture is big business all over the world today, and it contributes about 30 per cent to the Gross Domestic Product (GDP) of Brazil. So there is nothing bad if a state focuses only on agriculture.

Have we forgotten that the Federal Government says states can now mine the mineral resources in their localities? What are governors saying about this? I have not see a governor come out to say that this is what it plans to do as regards the exploitation of mineral resources, and funny enough, one of the state governments that are owing civil servants several months of salary arrears has gold in commercial quantity under its soil. So why the over-reliance on allocation from the Federal Government for survival?

If the Nigerian government is, however, serious about finding a lasting solution to this problem, then it is important that it tells all the states to also contribute about 50 per cent of the amount they are earning from the federation allocation. So a state that earns about N100billion annually from the Federal Government is also expected to generate about N50billion in IGR.

The Federal Government, therefore, needs to take a tough stance on this. Another solution is to return to regionalism, where we will have only the six geo-political zones of the country with premiers heading them, and mayors heading the towns and communities in the zone.

For example, the South West will be a region, while towns like Abeokuta, Ibadan, Osogbo, Oyo, and other towns will be headed by mayors. This policy will bring about competition among the various regions for development.

HP commits to zero deforestation by 2020

Still on the bailout for states

Of youths and Nigerian politics