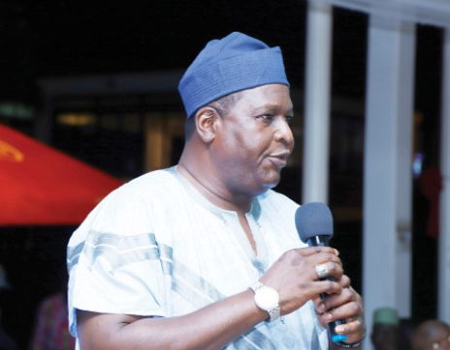 The Inspector-General of Police (IGP), Abubakar Adamu, has approved a Police Post to be sighted at the ultra-modern Arts and Culture Village, Abuja, just as he has given the nod to the Management of the National Council for Arts and Culture (NCAC) to reopen the Village immediately.

The Director-General of the NCAC, Otunba Olusegun Runsewe, disclosed this, over the weekend, while conducting the members of the House of Representatives Committee on Culture and Tourism round the Village, which has been shut down a long time ago when it was turned to an operational centre for criminals.

According to Runsewe, “when I assumed office, the Village was turned to an operational centre for criminal activities such as kidnapping, robbery and selling illicit drugs and we have to alert the Inspector General of Police, IGP while land speculators encroached on the village valued at N8.9 billion.

“We moved in and started the massive renovation of the Village, alas the move to take over the place by land grabbers was stepped up but we resisted it, the good news now is that the Inspector General of Police has just given us the go-ahead to reopen the village for business, we are doing the renovation and we will reopen the village any time from now.

“The Police are there to back up our claims, the Inspector General of Police must be commended for his support as we now have a functional Police Post right inside the Village to ward off Criminals, the village when reopened can provide employment for over 500 unemployed youths at ago.”

Responding, the Chairman of the Committee, Rep. Omorege Ogbaeide-Ihiama, commended the management of the NCAC under Otunba Runsewe and the Inspector General of Police for securing the Village despite all odds.

According to him, “we as Parliamentarians, we are saying no to further encroachment on this land, it is meant for a world-class Arts and Culture village, the only one in the country, such a village exists in all the countries of the world, our case will not be different.

“We are, today, directing the DG of the NCAC to go ahead with the development of the Village in accordance with the C of O in possession of the Council, on our part as lawmakers, we are going to give you the necessary legislative backing to develop the Village to a world standard one, nobody is bigger than the government, otherwise, anybody who tries to obstruct the development of the village will go to jail.”