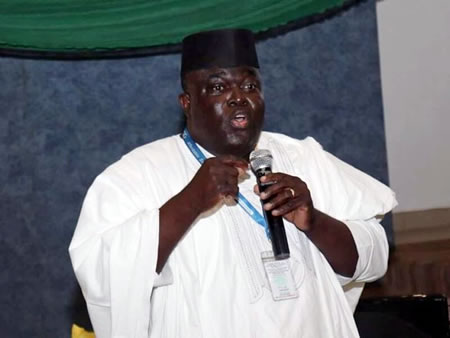 THE Infrastructure Concession Regulatory Commission (ICRC) has asked all Ministries, Departments and Agencies (MDAs) to regularise their private-sector arrangements with the ICRC.

He added that the regularisation would help to harmonise all PPP programmes of the Federal Government.

“We shall be doing this in association with the Presidential Initiative on Continuous Audit (PICA) and all other agencies to ensure revenue leakages are blocked.

“We shall issue further statements on this in due course,’’ he said.

Izuwah said it was in line with presidential directives to ensure that all revenues from PPPs go into one dedicated Treasury Single Account (TSA) to ensure proper data in terms of investments and revenues coming in from PPP.

“In compliance with the treasury circular by the Office of the Accountant-General of the Federation (OAGF), TRO/861/VOL.1/052A and dated June 26, 2018, the ICRC has established a department for revenue and investment.

“In compliance with Section 9 of the ICRC (Establishment, etc) Act, 2005, we have opened the SCA as required by law at the Central Bank of Nigeria (CBN).

“The SCA is an account under the TSA which seeks to provide key information on all government PPP programmes,’’ he said.

Izuwah added that the organisation would issue a formal set of instructions and guidelines in association with other agencies of government to help recover the funds.

“Many MDAs have leased properties and gone into all sorts of arrangements with the private sector and we regard them as PPPs.

“So, all those arrangements of leasing government assets to the private sector are covered under Section 1 of the ICRC Act.

“Everybody will be informed of the full notice and advice and the process for the regularisation.’’

Mrs Ekaro Comfort, the Permanent Secretary, Ministry of Water Resources, said the ministry had attracted private sector investors for the development of some PPP projects in the water sector.

She added that it had also developed 136 MW Manya and 182 MW Bawaku Hydropower project in Taraba and Benue states among others.

According to her, PPP options have been globally recognised as an infrastructure project delivery scheme.

The News Agency of Nigeria (NAN), reported that ICRC was established to regulate PPP activities in Nigeria to address physical infrastructure deficit which hampers economic development.