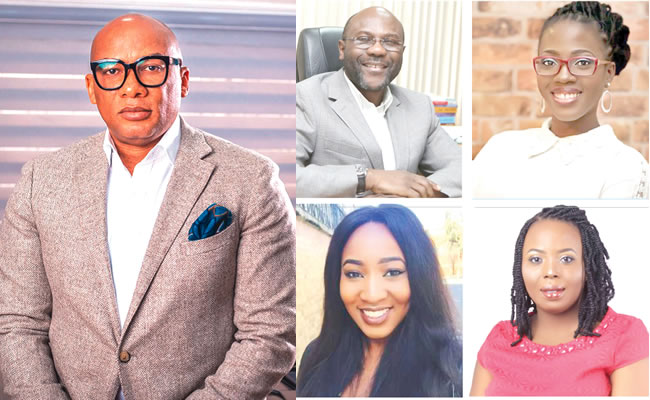 Humility in leadership is oxymoronic. Leadership bespeaks exaltation while humility signifies lowliness of heart. So, ordinarily the two should be as far apart as the North Pole is from the South Pole. But humility is what makes leadership impactful, inspiring and enduring. A leadership that lacks humility is devoid of the essential ingredient that could make it exceptional.

What humility is not

So, humility is not self-deprecation, self-debasement or self-denigration. It is not a devaluation of one’s strength or a denial of one’s ability. It is not about being diffident, undecided or people-pleasing. It is not going about with low self-esteem; neither is it having a poor estimate of one’s importance, worthiness, or value. Humility is respecting the other person irrespective of his status, station or stature. It is being considerate about others’ feelings even when they have no power over one; it is being conscious of the effect of one’s actions. Humility is treating others as one would want to be treated were the roles to be reversed. Humility is being strong enough to admit fault or weakness and being courageous enough to receive help from those with competence in such areas.

Humility derives from a leader’s comprehension of who he is and appreciation of who others are. It is a product of confidence based on a sense of security. Humility becomes inevitable when a leader understands that nobody is self-made but that every successful person is a product of the contributions of people and forces from a variety of places.

Humility is the hallmark of great leadership

Leadership is about service and only the humble can serve with the right attitude. Service is not throwing platitudes at the led; neither is it providing them placebos. Service is going the extra mile to ensure an improvement in the lives of the led. It begins with identifying with the people and walking with them. It is only leaders who walk with the people that feel their hurts and are able to right the wrongs in their lives. While many leaders consider it belittling to stoop to serve the people they lead, those who are humble enough to serve are usually idolised by the beneficiaries of their service.

That was the secret of Mahatma Gandhi.

As a leader, though Gandhi was ahead of the people intellectually, he brought himself down to their level. He was just like any of the people he was leading; from all indications, an ordinary man. But his strength was his humility. With humility and seeming ordinariness, he inspired the people. They flocked round him and looked up to him for instruction and direction. Although he was leading a resistance, he bore no physical weapon. His weapon was his humble attitude. With humility, he led a resistance which bred no form of dissension. With his passive resistance philosophy anchored on humility, he led his country to freedom from the British colonialists. Till date, Gandhi is still regarded in India as the epitome of leadership.

Between humility and emotional intelligence

According to Goleman, to be self aware is to be cognizant of one’s strengths and weaknesses and to consciously work on both with a view to becoming a better person. Self-regulation is the ability to rein in one’s emotions and impulses without letting them get the better of one. Motivation with respect to emotional intelligence is the willingness to delay gratification or the ability to subjugate personal interest for corporate wellbeing. Empathy is the ability to identify with and understand the concerns of others. Having social skills is being a team player. When all the emotional intelligence attributes are summed up the result is humility. Put succinctly, EQ is synonymous to humility. So, when an intelligent person combines this attribute with humility, he becomes unstoppable.

Humility is critical to successful leadership. Hence the submission by Jim Collins, author of Good to Great, that every company that transited from being good to becoming great was fortunate to have a leader who combined unflagging humility with unwavering professional will. Humility knocks the lid off a leader’s greatness.

Humble leaders leave traces. Here are some of them.

They are comfortable with themselves

One of the basic signs of a humble leader is that he is at peace with himself. A humble leader is not bothered by any kind of complex, inferior or superior. He does not feel threatened by anybody and he does not go out of his way to overwhelm anyone. He is neither envious nor resentful of others’ accomplishments. He is neither paranoid nor seeks unnecessary self promotion. He does not wear his title on his shoulders like an epaulette. He does not get in the way of his team members as they perform their tasks. He is focused on getting results that will shore up the fortune of his organization and improve the wellbeing of his people.

This disposition engenders trust because the leader himself is trusting. With that, an open environment where everyone is able to discuss their strengths and weaknesses without any fear of negative consequences is created. This buoys bonding and unleashes creativity which positively impacts the bottom line.

They put others first

Humble leaders put others first. Just like C.S. Lewis says, they think less of themselves and think more of the organisation and others. Their ambition is for the growth of the organisation; their activities are geared towards empowering and enabling others; their thoughts are targeted at giving wings to others’ dreams. As opined by Simon Sinek, author of Leaders Eat Last, humble leaders understand that the true price of leadership is the willingness to place the needs of others above their own. Thus, they care genuinely about those they are privileged to lead and understand that the true cost of the leadership privilege comes at the expense of self-interest.

Respect the worth of all persons

A humble leader never looks down on anyone irrespective of their station in life. He makes it crystal clear all the time that he values them. A way of showing respect to others is by actively listening to what they have to say before giving his viewpoint. The leader demonstrates to others that their thoughts and ideas are important to him.

One other way of showing respect is by not wasting their time. Whenever a leader gives any of his team mates an appointment, he should free up the time allocated to them and fight anything that may want to make him keep them waiting unnecessarily. To show respect to others, the leader should praise openly but give correction secretly.

A humble leader is not averse to criticism; he does not get angry or bitter when corrected no matter where the correction is coming from. He is conscious of the fact that a leader who wants to keep developing never stops learning and learning comes from diverse quarters. So, he takes the lesson in any criticism and implements same for the good of the organization. The leader is able to do this because of his conviction that every member of the team adds value to it.

What some really humble leaders do is to openly ask team members to critique policies of the organisation, they then go ahead to filter the comments and suggestions and execute those with the potential to effect positive changes in the organisation. They do not stop at that point but openly commend team members who give the suggestions.

Humble leaders are never ashamed of asking others for help when they need it. They never consider themselves as the repository of all wisdom and knowledge but are quick to seek counsel, support and guidance when necessary.

Asking for help does not signify weakness, ineptitude or loss of control. Leadership is partly about getting things done. Outstanding leaders know that to get their desired results, they need to work through people. Hence, they are not ashamed to ask for help when necessary.

Then, one of the very important functions of a leader is building confidence in others. There are very few more effective ways of building confidence in team members than asking them to help out in one area or the other. The message this sends to them is that they are valuable to the leader and this shoots up their confidence level. It also teaches them the wisdom in asking for help from others when in need of such.

Acknowledgement of others’ accomplishments

Give credit to others, take blame

One major characteristic of a humble leader is that he is ever willing to take the blame when things go wrong. When things don’t work out as planned, he is not looking for who to blame, rather he takes up the responsibility for what has gone wrong and does everything in his power to address it. On the contrary, he does not claim the success when things work out well; he gives the credit to the team members. He resists any attempt to link the success to him while stressing the contribution of his team members to the success.

Humility never puts down any leader; it is indeed a lever that catapults leaders to higher realms.