How leaders bring out the best in subpar performers 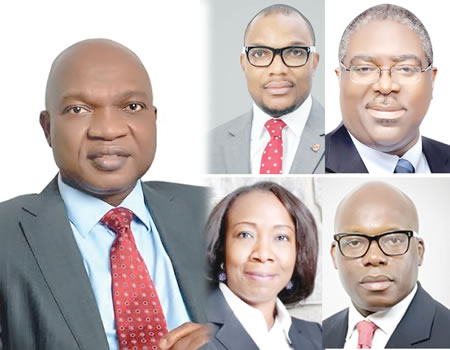 All leaders love to work with team members who are high performers. High performers are self-motivated, passionate, energetic, and they deliver high value. They require less supervision, get the job done in good time and often exceed expectations. So, they make the leader’s work easy. But not all team members come ready to launch, some need the input of the leader to reach their maximum level. While some leaders are impatient with underperforming team members and are eager to ship them out, great leaders take it upon themselves to help the underperforming member become a high flyer.

Probably the most important task of a leader is to inspire others to strive to be better than they ever imagined they could be. As observed by John Quincy Adams, the sixth President of the United States of America, “If your actions inspire others to dream more, learn more, do more and become more, you are a leader.”

Therefore, leaders are supposed to bring out the best in others by leading them from their lowest point to their highest level. Leaders are expected to take a people out of lethargy into fervor, from weakness to strength, shortage to surplus and ordinariness to greatness. Leaders who understand this always leave those who come across them better than they met them. Hence, leadership is relational; a leader must be ahead enough to show the way but must also be close enough to understand the challenges. Great leaders are willing to spend and be spent to bring out the best in their followers. They spare no effort and go to any extent to help a subpar performer overcome underperformance because of their conviction that they need to give others a push to take them from where they are to where they ought to be.

Tony Elumelu, Chairman of UBA, Heirs Holdings and Transcorp, after his undergraduate studies, took up appointment as a copier salesman, but he wanted more out of life so he was on the lookout for opportunities. When he saw one, the criteria sidelined him but he decided to give it a try. The opportunity was an opening at the Allstates Trust Bank for entry level analysts. However, while the newspaper advert employed by the bank to convey the information to the public stated a second class upper degree in Economics as the minimum requirement, Elumelu, who studied Economics at undergraduate level at the Ambrose Ali University, Ekpoma, had a second class lower degree. Despite not meeting the requirement, Elumelu decided to try his luck by applying for the position.

In his cover note, he wrote, “I know I may not have met the qualifying criteria for the advertised roles, but I am intelligent, driven, ambitious and I will make the bank proud. My 2:2 (second class lower) degree does not demonstrate the full extent of my intelligence and ability, and I know I can do so much more.”

The content of the cover note interested the chairman of the bank, Chief Ebitimi Banigo, who decided to have him shortlisted. There was a series of rigorous tests and Elumelu was eventually employed. He was able to justify the opportunity given him when after about 12 months of working in the bank, he was appointed a branch manager. He was just 27 years of age at the time and the youngest bank manager of that generation.

According to him, “I was hard working, energetic, creative and prioritised getting things done, but it was also good fortune that my bosses Toyin Akin-Johnson and Ebitimi Banigo took notice, and then, believed in me. They took a chance on me by appointing me as branch manager after an incredibly short time in the bank. They recognised in me the raw materials needed to make a good leader and were prepared to invest in me and my ability.”

Going by the standard the bank spelt out, Tony Elumelu was an underperformer and should not have been considered for recruitment at all. But the leadership of the bank took a chance on him and the story changed. Had Banigo not waived the qualification criteria for him, what would have become of Elumelu?  Would there have been a Standard Trust Bank? Would UBA have become the continental icon that it is today? Would the Tony Elumelu Foundation have been founded? Would the thousands of African youths who have been helped by TEF been so helped?

Destinies are transformed when leaders opt to give underperformers a chance.

The starting point for helping a subpar performing team member is to find out the cause of the problem. Many people want to be successful. So, it is against the run of play that anyone would wish to fail if they could help it. Therefore, the first thing the leader must ascertain is what is responsible for the underperformance.

Many a time, mismatch of skills with tasks result in unsatisfactory result. The leader has to be sure that the task given the staff member is in line with his strength. If he is given a task which is not in alignment with his area of strength, his performance may fall far below expectations. If it is a case of skills and tasks mismatch, solving that problem is quite easy. All the leader needs to do is to properly align the individual’s skills with tasks to be assigned to him.

Sometimes underperformance is a consequence of bad attitude. If a team member’s performance is hampered by his bad attitude, the leader’s responsibility is to make plain to the affected individual the effect of the attitude on his career at the moment and the likely effect in future if the trend is not reversed. The leader must not mince words about this; it is the only way to get the individual out of the rot and set him on the right path. As observed by Scott Hamilton, the only disability in life is a bad attitude. Bad attitude will result in a poor output and a bleak future. If the team member is made to know how his attitude is adversely impacting his performance, the effect of this on the team’s overall productivity as well as the eventual effect on his career, the likelihood is that the team member will have a change of attitude.

But oftentimes underperformance is a result of the affected individual’s failure to make enough demand on his ability. When this is the case the leader has to do the following.

Assure him of support

Very few things motivate team members more than the knowledge that they have the backing of their superiors. When a team member is not sure where he stands with his leader, the probability of making mistakes is very high. So, the first thing the leader must do is to instill confidence in the individual. The leader needs to let the team member know that he can walk up to him to discuss issues bothering him whether they are official or personal. Creating this kind of atmosphere will thaw every ice and diffuse every tension building up in the mind of the team member. With that, he will be able to settle down and tackle the challenge with all his might.

Draw up an improvement plan

To take the individual from the level he is to the appropriate level will require setting a new vision for him. In The One-Minute Manager, Ken Blanchard suggests that a manager must sit down with his subordinate to set goals that they both must agree on. According to him, this goal setting enables the staff member to know what is expected of him right from the outset. This provides immediate feedback to both the staff member and the supervisor. So, both the leader and the member must have an understanding of what the tasks and the terms are so as to be able to measure compliance.

Motivate him to achieve set target

Every great leader is a coach. Coaches are great assets. No matter how skilled or knowledgeable an individual is, he still requires a coach. That is why boxers, who are world champions; tennis players, who are on top of their games and footballers who have global acclaim go about with their coaches. As good as these stars are they cannot coach themselves. A coach helps an individual to correct his flaws so that he can get maximum benefit from his strength. So, the leader has to play the role of a coach by helping the team member correct his flaws and optimize his strength.

After attaining the earlier set goals, set higher ones. The leader must ensure that the individual does not become complacent after accomplishing the first set of goals; the way to do this is to set new goals. Let him realize that the journey to improvement is an unending one. So, he has to keep setting new goals so that he can keep mounting higher.

Train him to be independent

One sign of maturity is the ability to take initiative. So, the leader must encourage the individual to progress from the point that has been reached by taking initiative on his own without waiting for prompting from the leader before doing what is required or even exceeding expectation.

Great leaders do not raise dependants; they train people to be independent so that they can also raise others. So, the leader must encourage the team member to be strong on taking initiative so that he won’t have to keep leaning on the leader.

If all these fail…

If in spite of all that the leader has done to help the subpar performer he fails to change, then the only option left is to let go of him. Underperformance is infectious, if it is allowed in a system, it festers and before long it becomes a company-wide disease. It is better to let go of a few people than to destroy the career of everyone and subject an organization to jeopardy.

Leaders who help subordinates to become their best earn immortality for themselves.

Review of Patty McCord’s : Powerful: Building a Culture of Freedom and Responsibility