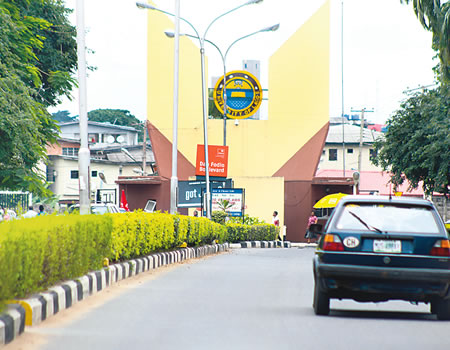 The 16-man committee headed by Hon. Oluwole Oke, the member representing Obokun/Oriade federal constituency, with Mr Abdullah Gurin as a clerk, had in its report absolved the institution’s management of violating any laws as the committee had found no breach or misdemeanour in the account of the institution.

The committee which was mandated to investigate the alleged violations of the Public Procurement Act and abuse of other Public Service Rules/Regulations and report back within five working days at the House of Representatives plenary of Wednesday, May 14, 2019, after considering a motion by Hon. Gaza Jonathan Gbefwion on the need to investigate allegations of gross statutory breaches including violation of the Public Procurement Act, 2007 by the management and governing council of the institution made some recommendations.

It recommended a review of the composition of the university’s governing council because it found the current composition devoid of federal character.

“The composition of the Governing Council of the university as presently constituted is not in tandem with the Federal Character principle as there are no representatives from the South- East, South-South and North- Central,” it stated, asking for corrective steps to be taken.

After taking submissions from the Chairman, Governing Council/Pro-Chancellor, University of Lagos; the Vice-Chancellor, University of Lagos; Dutum Company Limited; Landmark Integrated Technologies Ltd; CPMS Limited; Tubee Consult and Interactive Engineering Consult Ltd., the committee submitted that there was compliance with the requirements of due process as contained in the Public Procurement Act and Regulations as evidenced by the ‘‘Certificate of No Objection’’ issued by the Bureau of Public Procurement.

However, the committee observed that there is a lack of understanding of the roles and functions of the University Council and Management as captured in PPA 2007 and the University of Lagos ACT 1962, adding that the appointment of the Director of Works was irregular as it did not follow the laid down Civil Service process.

“The committee found no infraction and breach of the provisions of the Public Procurement Act 2007 in the award of contracts particularly the University New Library Project awarded to Messrs Dutum Construction Ltd; the Vice-Chancellor is the Chief Accounting Officer of the University which is in line with Section 20 of the Public Procurement Act 2007 and should continue to discharge this responsibility as expected by law, while, the Governing Council should stick to their supervisory role of policy formulation and fund generation for the University.

“The council should not meddle in the internal management of the university. The Committee found no evidence that the Pro-Chancellor/Chairman, Governing Council intend or assumed the position of the Chairman of the Tenders Board. In future, the Pro-Chancellor should allow the University to comply with the Public Procurement Act 2007 and follow due process strictly, whenever a Consultant will be hired,” the committee submitted

I will always stand by Ebiraland, Kogi ― Sen Ogembe

I’m fulfilled as UNILAG VC, says Ogundipe as he bows out of office