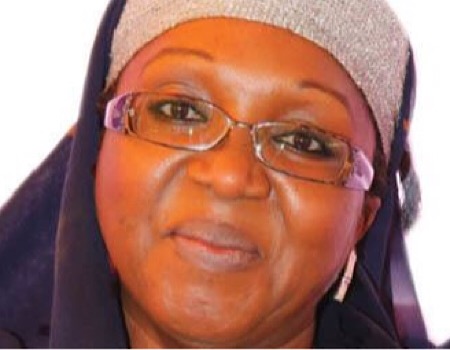 Ahead of the 2019 general elections, the senator who represented the Federal Capital Territory (FCT), between 1999 and 2003, Khairat Abdulrazaq-Gwadabe, has decried the poor living condition among residents of the territory despite hosting the seat of government.

Abdulrazaq-Gwadabe who promised to reverse the trend spoke Wednesday in Abuja when she formally declared her ambition to vie for the sole senatorial seat in the FCT.

She recalled how the FCT has been unable to occupy its pride of place since 1985 that she first came to the city.

According to her, “FCT has not been able to get the full benefit of having the government at the top because the FCT APC does not have a senator in the National Assembly. So, the level of recognition of our chapter of the party by other states is very poor. They look at us as if we were beggars. Now, are we going to continue for the next four years without an APC senator in the National Assembly? Not anymore”, she declared.

Recollecting her stewardship in the senate between 1999 and 2003, Abdulrazaq-Gwadabe said; ” As a senator in 1999, I had four years to do as much as I could. I did things in two categories. One for my constituents and the other for Nigerians at large in accordance with my oath of office.

“The first project I attracted after I had done a survey of water supply and sewage system, I found that the water supply to the people may not last more than five years with the growing population of FCT and that was in 1999. The survey suggested two things: building a new dam or doing a water transfer system.

“I went to the Committee on Water Resources and requested them to help us do water transfer and so this Lower Usuma Dam Water Transfer was what I did. The annual overflow from Gurara Dam, instead of allowing it to waste was re-channelled to the Usuma Dam so that we can have water for at least, the next four decades.

“On sewage disposal, I discovered that in many areas, when you flushed your toilets, everything went into the river and I felt while there was need to control that, we also had to build hospitals.

“So, first I ensured the building of hospitals within few kilometres from one another. I did not stop at that. Each of the 62 Wards in the FCT had a projects ranging from boreholes, schools to hospitals and road infrastructure.

“At the national level, my pet project was in the area of HIV/AIDS. Then, the awareness was very low. So, I decided to see how we could eradicate the conspiracy of silence. I ensured appropriation of more funds for HIV/AIDS Awareness and Control and this was what led to the establishment of the National Agency for the Control of AIDS NACA by the then administration of Chief Obasanjo”, she said.

Is leg cramping a minor annoyance or a serious problem?