Group to connect 4000 homes with solar energy in Kwara 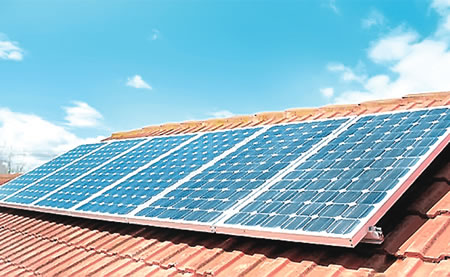 A nongovernmental organisation in Kwara State, Salman Shagaya Foundation, has disclosed plans to connect no fewer than 4,000 homes in the state with solar energy.

Speaking at an empowerment programme for 700 people in Ilorin on Saturday, the chairman of the group, Alhaji Salman Shagaya, said that besides the solar project, the foundation has since 2015 till date empowered about 7,000 residents of the state with cash gifts of N10,000 each.

Shagaya, who said that the foundation had brought solar panels from Germany for the electrification project, added that the programme would commence in August with the first set of containers for the solar panels in Nigeria next month.

Shagaya, who advised the state government to develop zeal and power to reduce poverty in the state, said that there is a lot of poverty in Kwara State.

“Governor Abdulrahman Abdulrazaq is someone I know that cares a lot about the welfare of the people. I am sure he will do a lot for the less privileged in the society,” he said.

He also said that the empowerment programme was the 14th edition by the foundation, adding that “it began in 2015. It is a continuation of what the foundation does every month. We began with 100 beneficiaries in 2015 but today the beneficiaries have increased to 700. The last time 500 people benefited from the programme. Hopefully, the number of beneficiaries should increase to 1,000 this year.

“Close to 7,000 people have benefited from the programme, it is aimed at assisting them in their little businesses just like what the federal government is doing. Though, they are not paying back.

“Each of the beneficiaries today will go home with a cash gift of N10,000. The foundation will also provide feeding later in the day for the less privileged in Ilorin, the state capital,” he said.