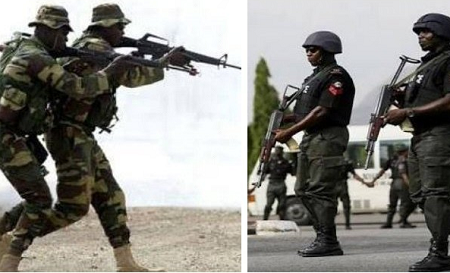 Some Nigerian elders, under the auspices of Pro-Nigeria Elders Council (PRONECO) have passed a vote of confidence on President Muhammadu Buhari, urging the nation to support the Inspector General of Police and Service Chiefs to abate insurrection.

The council of elders made this known in a communique issued at the end of a one-day consultative meeting, in Abuja on Thursday, on the state of security in the country.

Having reviewed the resurgence of Boko Haram/ ISWAP terrorists, banditry and other security threats confronting the nation, the group resolved that President Buhari has soared higher above the evil forces amassed on the peace and stability of the nation.

It reckoned that the president has taken the country forward in all ramifications despite artificial incitements of public resentments.

PRONECO is particularly pleased with the president’s insistence on the Service Chiefs, holding firm and refusing to succumb to pressure.

The council of elders, however, called on Nigerians to show solidity with the nation’s security heads, as only with this can the recent security challenges be subdued.

PRONECO expressed shocked at the disclosures from its sources on the frightening volume of amassed arms and doling out of monies acquired through illicit means to fund violence, by engaging vulnerable youths to indulge in objectionable acts of attacks, killings and arson in different parts of the country.

The group said “there is incontestable and empirical evidence that the Presidency is resolute and determined to outsmart the sabs constituting the cogs in the wheel of progress. And so, we rejected the recent report by Transparency International; declared it condemnable and hollow in its totality as it bears no semblance of truth with the realities on the ground.

The Communique read in parts “We have perceived it as an agenda hatched, crafted, manipulated and mindlessly executed by disgruntled elements in the system or anti-state actors to provoke Nigerians, engender unfounded lack of public confidence in the Nigerian military and spark distrust in the political leadership of President Muhammadu Buhari and the proven hard-working Service and Security Chiefs.

“By whatever yardstick of assessment, we have no modicum of doubt that Mr President has defiantly taken the country forward in all ramifications. The artificial incitements of public resentments against this progressive administration should never constitute a distraction in achieving set targets.

“The meeting noted that what Nigeria is currently experiencing is not the normal Boko Haram or farmers/herder’s crisis, but a politically -instigated crises across the country with foreign-backed conspirators to make the country fail and discolour the famed integrity and strong leadership character of President Buhari.

“Nigerians must know that it is our responsibility individually and collectively to team up with security agents in our respective domains to frustrate and put a halt to these acts of evil men determined to blight their future.”