Features
By Yejide Gbenga-Ogundare On Oct 5, 2021 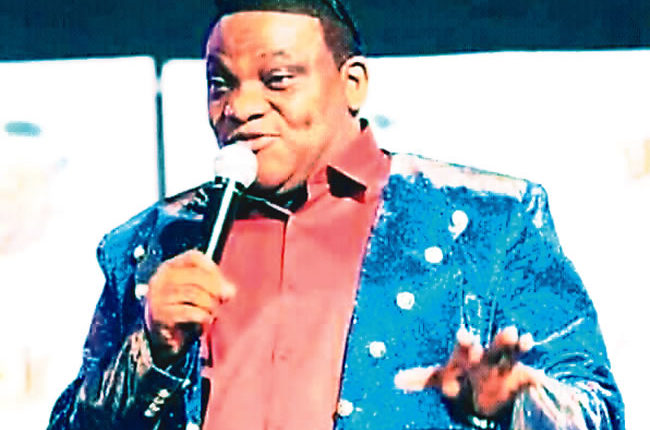 Rev. Omotoso was arrested at the airport the arrest was aired on live television, without his legal team’s knowledge. He was whisked away in handcuffs without a warrant of arrest and without informing his legal team where they were taking him to but it was later discovered that he was detained on the allegation of rape.

In November 2017 a further arrest was made of two church secretaries, Lusanda Sulani and Zukiswa Sitho but the duo were granted bail the same week of their arrest. However, Rev. Timothy has remained in custody since April, 2017 to date, despite several applications for his release on bail.  Thereafter, he was charged to court.

Tired of the situation and with no help in sight, his wife, Taiwo Omotoso and the members of Jesus Dominion International, Durban, South Africa had sent an appeal to the Director General of the Nigerians in Diaspora Commission (NDC), against what they termed the indefinite incarceration and prolonged legal prosecution of hate against Rev. Timothy Omotoso in St. Alban’s Prison Port Elizabeth, South Africa as well as an appeal for immediate intervention and release from custody on bail through the Centre for Justice, Mercy and Reconciliation (CJMR),  a non-governmental Organisation with focus on promoting human rights and advocacy in Nigeria Correctional Service.

CJMR visits detainees in custodial centers and creates a “safe avenue” for everyone, irrespective of their identities – race, gender, class, religion or political beliefs by looking at those who are innocent as well as the repented guilty offender in order to reconcile and reintegrate them back to the society.

The Executive Director CJMR, Hezekiah Deboboye Olujobi, stated that “we are severely disturbed at the nature of prosecution/persecution that the South African Government is meting down on a Nigerian citizen without any hope of justice in view. We therefore urge you to use your good office and step into this matter. To ensure the dispensation of justice and to effect the immediate release of Rev. Timothy Omotoso from unjust and indefinite incarceration through bail. We strongly hold the view that there are some individual using the South African Government in destroying him in incarceration.We therefore plead with you to immediately investigate this perversion of justice and come to the rescue of a fellow and true Nigerian,” he said.

He added that, having done personal research on the matter online and in light of the content of the 562 pages of the court proceedings received on June 6, 2021 along with the affidavit sworn by Alwyn Griebenow and analysis of the circumstances that surrounded the arrest of Timothy Omotoso, CJMR is forced to conclude that his arrest and prosecution emanated from hatred and is masterminded by someone somewhere.

CJMR added that there are disturbing facts in the matter; Rev. Timothy Omotoso was arrested in the full glare of cameras, on live television and in the presence of a multitude of media personnel, placed in handcuffs without a warrant and prosecution has been more of a media trial than the actualisation of justice for any of the parties

“More disturbing is the fact that most of the witnesses that have testified in court mentioned that they were contacted by Captain Brenda Mangqawana or Investigating Officer Peter Plaatjies to open a case against Rev. Omotoso. This shows they ordinarily did not desire to commence a case on their own volition. There is obviously strong political interference in the prosecution of the charge against Rev. Timothy. This still boils down to the xenophobic attitude of some South Africans towards Nigerians as there have been personal attacks on the wife of the accused,” CJMR stated, adding that the suit has been conducted by the fifth prosecutor, who is also threatening to also withdraw.

One year after: Will justice ever be served?

Why we killed one of our victims —Kaduna kidnap gang members

UNILAG to install 1,000 new CCTV cameras to beef up security