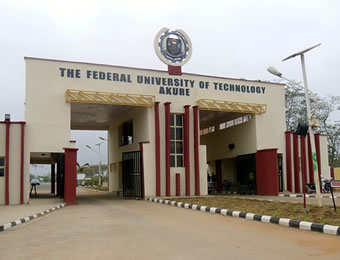 Share
Authorities of the Federal University of Technology, Akure, on Saturday, November 27, 2021, announced the appointment of the institution’s first set of Emeritus Professors.
It was part of the high points of the university’s 32nd convocation and 40th-anniversary celebrations.
The Emeritus Professors are: a Professor of Architecture and former acting vice-chancellor and former dean, School of Environmental Technology, Ekundayo Adeyinka Adeyemi; a former dean School of Engineering and former deputy vice-chancellor (academics), Cornelius Olugboyega Ademosun; and pioneer Professor of Computer Science in the university, Samuel Oluwole Falaki.

According to the FUTA vice-chancellor, Professor Joseph Adeola Fuwape, the three eminent scholars were conferred with the honour “in due recognition of their worthy contributions to the university in particular and academia in general.

In his address, Professor Fuwape, whose five-year tenure ends in 2022, recalled the seven critical action points he set out to achieve on assumption as FUTA vice-chancellor on May 24, 2017.

These are: improvement in the quality of academic programmes; development of human resources; rebranding of FUTA as a centre of excellence in research, innovation and product development; development of ICT in learning and research; enhancement of staff and students’ welfare; internalization and globalization, and improvement of the capital base of the university.

“By the grace of God and the unwavering support of all the stakeholders, I am glad to report that we have improved in our journey towards our vision – to be a world-class university of technology and centre of excellence,” he said, adding that FUTA retained its leading position as Nigeria’s best university of technology, placing seventh on 2020 Webometric ranking of Nigerian universities, and fourth by the AD Scientific Index ranking (2021).

The pro-chancellor and chairman of the governing council, Dr Godknows Igali, in his address spoke of the need to steer the ship of the university to a greater problem-solving mode – which he noted was the original intention of President Shehu Shagari who established the university and its other three counterparts in early 1980s.

He also charged the graduands to see their certification as a means of bringing about a new order in the society.

“Your newly acquired status and skills are what the society needs, especially at this critical period in or dear nation, to bring about the much-desired technological, economic and educational re-engineering necessary to reposition the country in the comity of nations,” Igali said.

FUOYE explains why two sacked lecturers yet to be reinstated