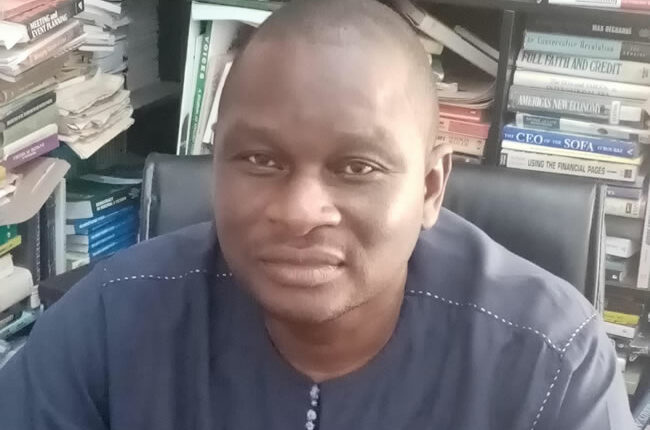 Terhamba Wuam is professor of Economic History at the Kaduna State University. He speaks with our Northern Bureau Chief, MUHAMMAD SABIU, on Nigeria’s worsening economic situation and the way out of the quagmire.

Looking at Nigeria’s economy, you will agree with me that we started well when we got independence in 1960. Many things were in good shape then. For instance, our economy was good and we had plenty money to spend. But, today, reverse is the case. What do you think is the cause of the present problem?

Thank you very much. You noted that during our independence, we started well; we had money to spend and things were running well. I think realistically, Nigeria is doing far better now, 10 times or even 20 times better now than when we secured our independence from the British. So I will conclude emphatically that Nigeria has made tremendous progress from the period when we attained independence till the present day. If we are to look at what was available in Nigeria in 1960 and what is available now, the difference is very clear.

So, economically, Nigeria is a different country now from the point of independence and we need to realise that. We didn’t have so much money. The situation now really is better; it has been progress upon progress than what we inherited. There are still challenges, but if we are to look at it realistically, Nigeria has made tremendous progress in all areas of human endeavours more than what the situation was in 1960.

Can you point out the areas you think we have not done well?

You know when growth was occurring, a lot of people were missing out. The benefits of the growth have not been evenly spread, because the demands from government were low in 1960, but now the aspirations of the people have also grown. People want better schools, better health care, better infrastructure and to get all these things, it means we need to keep our economy growing. We need to improve on the way government is organised and is able to deliver services. If you look at our budget, the Nigerian budget is about N17 trillion and this is just about 30,000 billion dollars, which is not much for a country like Nigeria.

So what we need to do is to ensure that there is economic growth. A country like Nigeria should not be having budget of $30bn. A country of 200 million people should have a federal budget that should double that size. Our budget should be between $60 to $100 billion dollars.

Let me illustrate further. During the [Olusegun] Obasanjo era, his second coming, the annual growth rate was between seven and nine per cent. Our economy was growing between that regions annually. Under the [Umaru] Yar’Adua and [Goodluck] Jonathan era, growth was still above five per cent. In the last seven or eight years, growth has been cumulatively less than one per cent in this present administration led by President [Muhammadu] Buhari. So that means our economy has not been growing sufficiently enough for the government to accrue enough resources to facilitate faster economic growth. So, just as the people are complaining that they cannot afford certain basic things, the government itself has within this period lacked the resources to be able to meet the needs of government.

So for us to witness faster growth, our GDP needs to increase from the present $500bn. We need to take it to $1trillion within the next 10 years. That is the only way we will be able to keep up with the demands of the development that we are currently witnessing.

One aspect of our economy has to do with importation; we keep on importing. Don’t you think it has also adversely affected the economy?

Importation is not a bad thing. What we need to do is to ask ourselves: what can we sell to the world? We must import; but what are we selling to the outside world as a country? If you are a businessman, you make money by selling. So even as a country, for example, apart from oil what are we selling to China? There are 1.4 billion people in China; what can we sell to them?  So a country must import. Americans import. The Chinese and European countries import. But you have to balance. We need what we are importing; but now, what can we sell to them? The problem of Nigeria is we are not selling sufficiently to the world. Apart from oil, we should be selling agricultural products. We should be selling our minerals; we should be producing, adding value to our minerals sector. We should even go into manufacturing of things. We can manufacture cheaper than China. China is richer than us; that means labour in Nigeria will be cheaper. So China today is becoming a destination for cheap manufactured goods. We can play that role. One area that we have made a lot of progress is that we are more educated now than we were in 1960. So this educated population can be utilised to become a workshop for Europe, and workshop for America, producing things cheaply that we can now sell to America, China and other parts of the world. The problem is not that we are importing, the problem is that we are not exporting.

But, sir, electricity which is a major factor in manufacturing has remained unresolved. Don’t you think it would hinder what you are talking about?

It will affect us. We need to improve on that also. We need to organise our economy in such a way that it can become export oriented. Even though we are importing, we can import machineries and use these machineries to manufacture things cheaply and export them to other countries of the world and become rich in the process by doing that because we have a cheap labour. You don’t become rich by banning imports. You become rich by expanding your exports. That is what we are lacking.

Could it be the reason the value of our Naira keeps depreciating? Or better put, are you not disturbed with the current exchange rate of Naira against the dollar?

You know another mistake the Nigerian government has done consistently for the past seven years under this current administration is to have two different exchange rates. The introduction of an official exchange rate and the market rate is grossly a big mistake. The official is above N400, while the market rate is above N700. This started during IBB era when he introduced Structural Adjustment Programme (SAP) in 1986. That was where the devaluation of the Naira started. Yes, in the course of this interview you noted that we are importing too much. So now if the naira is cheap or at parity with the dollar, it will be easier for things to flow in. But if the naira is weak, that means it is more difficult for you to buy things that are coming from outside. So you have to look inwards. I think this is where the present government got it wrong. The government’s two-tier of exchange rate is not a strategy that can influence internal production. But if you introduce one tier of exchange rate, government is not losing by selling or buying dollars cheaply. The only thing is if a father wants to send his child to school in London, it would be more expensive than sending your child to say Kaduna State University. Or you want to buy something from Europe, it would be better as a businessman to look inwards. So the issue is these things we are buying outside how can we produce them in Nigeria? For me, it is only when you want to buy something outside that you begin to look at the exchange rate. I think, 90 per cent of Nigerians don’t look at the exchange rate. For example, things you want to buy from outside like paper, printing accessories, we don’t have it here. So anytime the cost of printing papers rises, it means the cost of printing will rise too. So if our printing companies are working, we just need to patronise them instead of going to buy outside the country. So these are opportunities for our industries to thrive.

Let us look at subsidy, which has also become an issue for a very long time. Are you. Do you think it should be removed?

From my own analysis, I think government is afraid of Nigerians; it doesn’t want to govern. As a government, sometimes you have to take hard decisions. This fuel subsidy is the downfall of the economic policy of this administration. Billions of Naira that is supposed to go to education, health is going to subsidy. The middle class, the owners of cars etc are the ones enjoying the subsidy. A poor man is taking okada, taking town service. When he uses the town service or take okada, the cost is distributed to him. He bears the cost and the same man is at the mercy of poor education and health services. So it is better for this poor man to have the subsidy money go into education and health, so that, at the end of the day, he enjoys good and qualitative education and health care services. In the current budget, I saw government had budgeted four trillion Naira on subsidy. I don’t think that is necessary. The government that means well should be able to take hard decisions. Remove the fuel subsidy, Nigerians will not die. Government is looking at Nigerians as invalid, as if Nigerians cannot survive on their own.

If subsidy is removed, Nigerians will be buying fuel at N500 per litre or more…

Are Nigerians worse off than people in Benin Republic, or Niger Republic or Ghana, and Kenya? The average cost of fuel in Africa is over N500 per litre. People are surviving in these countries. They are also getting better education, health services. Why is Nigerian government afraid to govern? Governance is not only about riding a big car but you also take decisions that will improve the lives of most of Nigerians.

As an expert, if you are given the mandate to rule this country, which areas will you like to face squarely?

Ha, that’s a big one. If I am asked to advise, but not to take charge, I will tell government to remove fuel subsidy, liberalise the oil sector, make Nigeria a tax economy and bring more Nigerians within the tax bracket and tax them.  Someone is earning one thousand Naira, let him pay 50 Naira. Everybody should pay tax, income tax. You know Nigerians are complaining that government likes borrowing but the alternative to borrowing, is paying tax. Borrowing is expensive. So if you want to make the government to work, it means Nigerians should be paying their taxes. Even in America, people don’t like paying tax, but because the government is effective, it makes sure everybody pays. So, we must do so and government should be active.

Nigerians must look at individuals, not political parties in 2023 —Don

2023 ELECTIONS: What Nigerians must do to avoid repeating 2015 mistake —Odinkalu