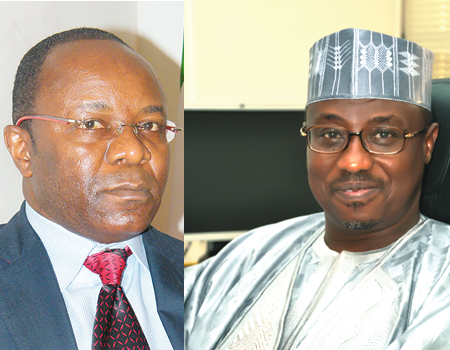 Nigeria has been plunged into incessant fuel scarcity since November without a clear solution in sight. Stakeholders have been trading blames; marketers blame the government for deliberately creating a monopoly of fuel importation while the government, in turn, is blaming smugglers for the crises. In this report, OLATUNDE DODONDAWA looks at the issues involved.

It is no longer news that Nigeria is the largest oil producer in Africa and 13th largest producer in the world with an average daily production of 2.4million barrels per day of crude oil. However, lack of political will, corruption and inefficiency have hindered the country’s aim at becoming self reliant in refined petroleum production and consumption.

Since November 2017, scarcity of premium motor spirit (pms) otherwise called petrol has lingered till date with no assurance of when the resultant long queues and fuel shortages at filling stations will disappear.

Nigeria’s four refineries including Warri refinery, Kaduna refinery and Port Harcourt 1&11 refineries remaine epileptic and have been performing at less than 20 per cent capacity lately.

With their under-performance, Nigerian government exports the 445,000 barrels per day crude meant for the refineries under the Direct-Sales-Direct-Purchase (DSDP) agreement with some traders and refineries abroad.

The DSDP arrangement is a model introduced last year and is carried out through direct sales of crude oil to refiners or consultants, who in turn supply NNPC with equivalent worth of products.

One hundred and twenty eight companies have submitted bids to participate in next bid rounds which will last for the next one year, starting from 1stApril this year.

Addressing the interested bidders and other stakeholders at the NNPC Towers, the Group Managing Director of the Corporation, Dr. Maikanti Baru, said the DSDP had saved over $500 million, particularly through reduction in the amount paid on demurrage by the Corporation.

Dr. Baru described the DSDP as a major component of the NNPC’s petroleum products supply portfolio, stressing that since inception, it has greatly helped in the stabilization of product supply to the nation.

The Independent Petroleum Marketers Association of Nigeria (IPMAN) has said that scarcity of fuel would persist unless government breaks the Nigerian National Petroleum Corporation’s (NNPC) monopoly of importation and distribution of petroleum products.

“The fuel scarcity will persist for sometime because the NNPC, as sole importer, distributor and retailer, has no capacity to meet the country’s demand for petrol. That is a very dangerous monopoly that could destroy the economy.

“With this distribution pattern, the NNPC and the Petroleum Products Marketing Company (PPMC) are strangulating IPMAN because the gates to a lot of our marketers stations are locked up.

“Most of the imported petrol is given to depot owners under the PFI system to sell to independent marketers at a controlled price of N133. 28 but private depot owners will sell at N160 or N162, which is above the regulated price.

“Again, most of our marketers have been rendered useless, while many others have laid off their staff. Many others now have problems with their bankers,” he said.

“Fuel scarcity within Lagos metropolis is imminent if NNPC fails to reverse to our agreed formula as IPMAN members plan to stage a protest that would disrupt the operations of the depot,” he said.

According to him, IPMAN with over 2,500 members cannot be sharing 13 trucks among its members, while an NNPC retail outlet that only has 25-stations gets over 100 trucks.

“The arrangement is unfair, unjust, provocative and contrary to what existed at the depot petroleum sharing formula arrangement,” he said.

Alanamu, however said that if the imposed sharing formula was not reversed, IPMAN members would not hesitate to embark on strike that could disrupt the depot operations.

He said that no IPMAN member would buy petrol at N 165 per litre and sell at regulated price of N145 per litre, adding that strike by his marketers was inevitable if the practice continued.

According to him, fuel scarcity is beginning to resurface in most filling stations in Lagos due to the inability of IPMAN members to get the product from depots in western zone depots.

“This has also contributed to the scarcity of petrol and the long queues of trucks awaiting loading at the depots. IPMAN marketers hardly load 13 trucks from the depots due to changing in product distribution sharing formula.

“We were loading in the range of 50 trucks daily before it was reduced to 13 trucks. That is not enough for marketers to distribute to their customers.

“NNPC should ensure effective supply of product to marketers within the western zone to beef-up storage and loading capacity to at least one million trucks on daily basis. This will address frequent fuel challenges in the country,’’ he said.

Alanamu appealed to the government to revive the depots so that they could operate 24-hour daily and facilitate effective service delivery to reduce queues within the depots.

Besides NNPC’s lack of capacity to import petrol that will meet the demand of Nigerians daily, another reason why fuel scarcity may persist is the issue of poor distribution  infrastructure. Most government owned depots, managed by the PPMC, a subsidiary of  NNPC, are dilapidated. For instance, Ore depot has been abandoned over eight years ago, Ejigbo is working below capacity, Mosinmi is also under-utilised due to poor product supply.

The NNPC relies mostly on private depots for product storage and other distribution logistics.

Moreover, hoarding and smuggling are another major factor responsible for fuel scarcity in Nigeria. It’s a known fact that at N145 per litre, Nigeria’s petrol is cheaper than what is obtainable in other neighbouring West African nations. This is because those countries have deregulated their respective downstream sector.

According to the Executive Secretary of Depot and Petroleum Products Marketers Association (DAPPMA), Mr. Olufemi Adewole, “As it stands today, NNPC has been the sole importer of PMS into the country since October 2017 due to the following reasons:

‘‘We all know that we presently run a fixed price regime of N145 per litre for petrol without any recourse to subsidy claims. However, we also have no control on the international price of crude oil.

“Current import price of petrol is about N170/ltr. NNPC, which absorbs the attendant subsidy on behalf of the Federal Government, is the importer of last resort.”

Adewole disclosed that NNPC meets fuel demand largely through its DSDP crude for product framework, stating that due to price challenges on the DSDP platform, some participants in the scheme failed to meet their supply quota of refined petroleum products, especially petrol, to NNPC, which is now the main reason for this scarcity.

On the other hand, he said the international price of petrol went up during the hurricane Katrina and has not dropped below $600/metric tonnes (MT) while exchange rate of dollar to the naira is N306 for petrol imports, banks’ interest rate charge is above 25 per cent.

The DAPPMA boss maintained that based on the scenario above, landing cost of petrol in Nigeria is currently above N145/litre, which means any of its members that imports would have to resort to subsidy claims, a policy already jettisoned by the Federal Government.

Stakeholders in the oil and gas industry have continued to react to causes of incessant fuel scarcity in Nigeria. They called for removal of fuel subsidy on petrol and claimed such removal will free up resources, free the market, attract investors and bring competition and efficiency into the downstream sector.

Former Group General Manager, Corporate Services, Nigerian National Petroleum Corporation (NNPC), Engr. Babajide Soyode, who was also a former General Manager of Warri and Port Harcourt refineries respectively, stated that he was a pioneer staff members of the Port Harcourt and Warri refineries. He said he understands roles played by indigenous engineers to build and maintain the refineries but blamed lack of political will to maximize the refineries, hence their sub-optimal performance these days.

Accordong to him, “I was part of those that pioneered operations of refineries in Nigeria. We need more of private refineries in Nigeria. If Nigeria really wants to get out the mess it founds itself in the downstream sector, it must remove subsidy. When you remove subsidy, you open up the sector for more competition. You take one product and subsidize it, which is gasoline (petrol) at the expense of education,  infrastructure, health, security and so on.

“What you ask yourself is that how many people are using gasoline. About five million car owners out of about 200 million people. It doesn’t make sense. I want to tell you that if remove subsidy, infact, you have more competition.”

He however stressed that fuel subsidy is actually being implemented in Lagos and Abuja alone while marketers in other parts of the country sell at their preferred and different prices.

“In any case, subsidy is only for Lagos and Abuja. If you go to other interior, they will tell you ‘this is our price. Take it or leave it, you can go and look for NNPC gas station. Why not just remove subsidy and let government go away from subsidy business. Infact, it is a shame and embarrassing that our government with all myriads of challenges we have like restructuring, herdsmen, they are talking about about subsidy of gasoline. It is really embarrassing,” he said.

The President of Nigeria Labour Congress (NLC), Comrade Ayuba Wabba, stated that “our position with regard to the prevailing situation in the petroleum industry remains constant, which is that the crisis in the industry is squarely due to the inability or refusal of our ruling elite to refine all our petroleum products in Nigeria. We are the only major producer of crude oil in the world that depends on importation of refined products from abroad. As long as this remains the case, Nigerians would continue to be subjected to this intermittent scarcity.

“For us in the Congress, and for majority of working people in Nigeria, the hope placed on the capacity of President Buhari to bring about positive change is being undermined by his government’s inability to address the infrastructural deficit and other related problems in the oil industry, such as making our existing refineries work at optimal capacity by refining products for domestic consumption.

“Not only is government unable to achieve this for almost three years now, but moving forward, more refineries, especially modular refineries which can be built between 12 and 18 months are required to address the reoccurring challenge of fuel scarcity and price hike in Nigeria and stop the exploitation of ordinary Nigerians. The inherent corruption in the system has made this impossible for more than three decades and should be addressed headlong.”

Full integration of FPSO should happen in 8 years —Wabote