Fish oil and the heart 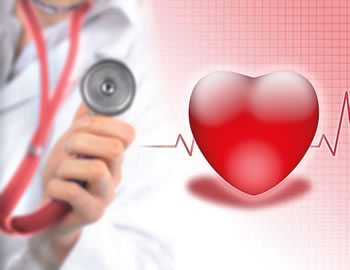 World Heart Organization says more than 80% of cardiovascular death from stroke, heart attack and diabetic complications can be prevented by healthy lifestyle changes. It appears people choose which lifestyle measures to follow; many people are on the street jogging or trekking, in the gym doing one form of exercise or the other, but very few are still mindful of what they eat. While the controversy about red meat and cholesterol ranges on, for body make up and energy, protein consumption is expedient. Plant protein is generally preferred to animal protein but all of us don’t have to be vegetarian. Another good source of animal protein that is heart friendly is fish.

While the policies on diet change from one country to another, the benefits of fish oil cannot be overemphasised.  Fish and fish oil can help prevent cardiovascular death and still serve as ‘meat’ for the nonvegetarians. The American Heart Association recommends eating fish (particularly fatty fish) at least two times (two servings) a week.   Darker fatty fish like salmon, mackerel, herring, lake trout, sardines and albacore tuna are high in omega-3 fatty acids.  Increasing omega-3 fatty acid consumption through foods is preferable. However, those with coronary artery disease may not get enough omega-3 by diet alone. These people may have to supplement with omega – H3 capsules under the supervision of their physician. High intakes could cause excessive bleeding in some people.

As nice as the consumption of fish is, some types of fish may contain high levels of mercury, PCBs (polychlorinated biphenyls), dioxins and other environmental contaminants that are injurious to our health. Older, larger and predatory fish and marine animals are high in mercury. Five of the most commonly eaten fish or shellfish that are low in mercury are shrimp, canned light tuna, salmon, pollock, and catfish. Avoid eating shark, swordfish, king mackerel, or tile fish because they contain high levels of mercury.High level of mercury in the system is dangerous, please be selective on the type of fish you eat. Mercury toxicity can damage other organs in the body, especially the kidney.

The food and drug control authorities said that pregnant women should not eat some kinds of fish, king mackerel being one of them; because of the risk of mercury toxicity to the fetus.

Eating fish rich in omega-3 fatty acids and other nutrients appears to provide more heart-healthy benefits than taking capsule supplements. Other nonfish food options that do contain some omega-3 fatty acids include flaxseed, flaxseed oil, walnuts, canola oil, soybeans and soybean oil. However, similar to supplements, the evidence of heart-healthy benefits from eating these foods isn’t as strong as it is from eating fish.

What is the best way to process my fish?

Boiled or cooked fish is better than the fried ones. Everyone should be encouraged to avoid smoked food. Unconfirmed report has linked smoked food to cancers, including smoked fish. More so that there are conflicting studies on the link between excessive consumption of fish oil with prostate cancer. If you love smoked fish, please be moderate in consumption and thoroughly wash off the carbons in the process.

If individuals take the information regarding fish oil to “heart,” we are very likely to see a drastic reduction in cardiovascular death. Buy the fish you can afford. Let us encourage fish farming in our homes as peasant farmers.   ‘To obey is better than sacrifice’.

Till next week, maintain a healthy heart.