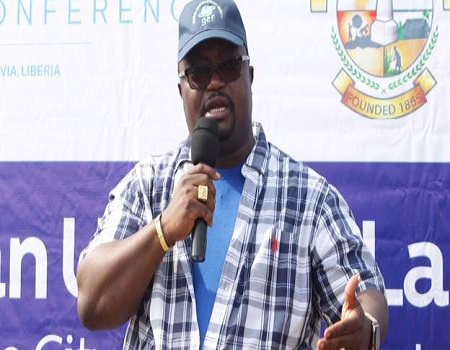 Liberia’s President George Weah has suspended a government official who tested positive for Covid-19 after he returned to the country from Switzerland, becoming the West Africa nation’s first case.

Mr Weah said Nathaniel Blama, head of the Environmental Protection Agency, had refused to be quarantined as required by health protocols set up to deal with the coronavirus outbreak.

But Mr Blama denied the accusations, saying he had complied with the health rules and that he regretted that state officials were “misinforming the public”.

Meanwhile, President Weah has suspended all school activities including those of universities for one week from 17 March, a statement from the information ministry says.

The measure will allow the health authorities to conduct surveillance and trace those said to have arrived in the country on the same flight as Mr Blama.

Many Liberians are anxious, with many worried that if the virus is not controlled it could create a health crisis similar to the 2014 Ebola outbreak, which killed more than 11,000 people in the region.