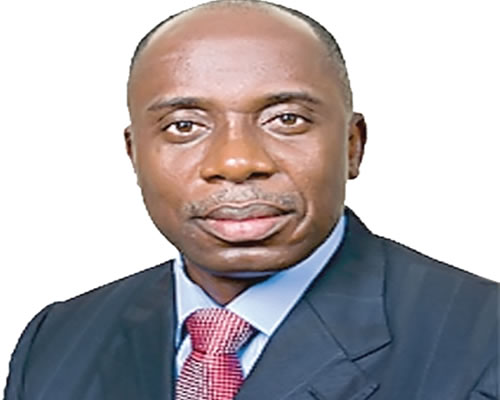 Minister of Transportation, Mr Rotimi Amaechi has said that the Kano- Kaduna rail project would commence as soon as the Federal Government secure loan for the project.

Amaechi disclosed this in an interview with newsmen shortly after he paid a courtesy visit to Kaduna State Governor, Nasiru El-Rufai at the Government House on Tuesday in Kaduna.

The minister said the Kano-Kaduna rail project would be heading to Lagos through Ibadan.

According to him, the rail will convey about 30 million tons of cargoes, which people in the state should take advantage of.

“Kaduna can also be a hub, which will grow the economy and also create job opportunities.’’

“Considering the Northern background, you would not expect a high number of females to be appointed to help run the affairs of the state,” he noted.

He further commended him for giving equal opportunity to all parts of the state.

The minister said he would also be visiting the Nigerian Institute of Transport Technology in Zaria, to assess facilities there.

The News Agency of Nigeria reports that Amaechi is in Kaduna to open a retreat for management and staff of the transport institute.

I have never collected pension from Rivers govt – Rotimi Amaechi