FG, states agree on exchange of letters for transfer of title to land transactions 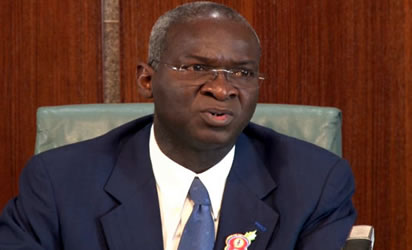 In compliance with the agreement reached between the Federal  and state governments at the 2016 meeting of the National Council on Lands, Housing and Urban Development, held in Ilorin, Kwara State, last year,  where it was resolved to facilitate the use of exchange of letters for the transfer of title to land when states are transferring land to the Federal Government, the Minister for Power, Works and Housing, Mr Babatunde Fashola, expressed satisfaction over compliance by various state governments.

The initiative was mooted, ostensibly to remove bottlenecks that may arise in the quest  to improve on provision of affordable housing delivery across the federation.

Speaking at the 2017 edition of the same gathering last week, with the theme: “Building for Inclusion, Growth and Prosperity”, Fashola, while commending  many states for early compliance, urged the remaining states to do so as quickly as possible, stating that pilot schemes of the housing projects had commenced in many states.

“We are finalising designs to accommodate our cultural, climactic and other diversities and when the designs are completed, we will commence construction to pilot the designs and test them for affordability and acceptability,” he said, adding that construction has started in 33 states where land had been made available.

The minister, while recognising the facts of national housing deficit in Nigeria, said while some choose to engage themselves by discussing about the size of the deficit, the Federal Government chooses to engage in doing something about it.

“But while we commit to the national policy of delivering affordable housing, we must look at short, medium and intermediate streams of opportunities for employment, productivity, skill development, restoration of dignity of our people which lie within the housing delivery value chain,” said Fashola, who stated that the stance was consistent with one of the pillars of the economic theory and growth launched by President Buhari, which is “investing in our people.”

While he agreed that there were many, he noted that they were neither sustained nor were they implemented on a national scale, and this omission was a big contributing factor to the size of the deficit and the exclusion of people.

“This government has now formulated that national program by concept, design and now pilot stage implementation which in the early stages has already created opportunities for 653 contractors, and created 13,680 direct jobs and 41,000 indirect jobs.

“What we must do, therefore, is to repeat this programme year on year in, not only at federal level but also at state level”, he said.

However, Fashola noted that the next level of intervention which the ministry is developing is the use of co-operatives, which he said was very important to the theme and purpose of this year’s council meeting which centres around inclusion.