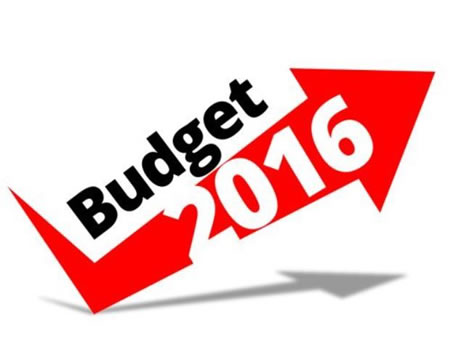 The Federal Government spent a total of N1,361.88 billion (one trillion, three hundred and sixty-one billion, eighty-eight million naira) on both domestic and external debt service in the 2016 fiscal year that ended in May 2017.

In the 2016 budget implementation report, Abuja also spent a total of ₦1,192 trillion (or 97.75%) of the total amount released and cash-backed was utilised by ministries, departments and agencies (MDAs) as at May 5, 2017 on capital expenditure.

“Total actual external debt service payment, on the other hand amounted to ₦107.69 billion indicating an increase of ₦53.21 billion (or 97.67%) above the budgeted estimate for the year.”

An analysis of the performance for MDAs as at May 5, when the budget wound down revealed that a total of ₦1,219.47 trillion was released and cash backed to MDAs for their 2016 capital projects and programmes.

A breakdown of the forty (40) MDAs reported upon by the Office of the Accountant-General of the Federation (OAGF) showed different levels of utilisation among the MDAs.

On revenue profile, the report revealed that 2016 Fiscal Framework estimated a quarterly deficit of ₦551.19 billion to be financed through earnings from Privatisation Proceeds of ₦2.50 billion, FGN’s Share of Signature Bonus of ₦0.19 billion, Recovery of Misappropriated Funds of ₦87.58 billion, Foreign Borrowing of ₦158.97 billion, Domestic Borrowing (FGN Bond) of ₦295.70 billion and Sale of Government Properties of ₦6.25 billion.

“In the fourth quarter of 2016, none of the projected financing items (Earnings of Privatisation Proceeds, FGN’s Share of Signature Bonus, Recovery of Misappropriated Funds, Foreign Borrowing, Domestic Borrowing (FGN Bond) and Sale of Government Properties materialised.”

Total actual expenditure in 2016 stood at ₦5.36 trillion, indicating an expenditure shortfall of ₦0.70 trillion or 11.57% of the budget estimate of ₦6.06 trillion for the period.

This translates to a deficit of ₦2.41 trillion or 45.00% of total expenditure.

In the 2016 budget implementation report made available to Tribune Online also tracked 9,889 direct skilled and unskilled jobs through award contracts for infrastructure amenities in various parts of the country.

According to the report, as at May 5, 2017, only twenty-four (or 60%) of the MDAs including: Water Resources, Agriculture, Women Affairs, Youth Development, FCTA, Communication Technology, Interior, Mines & Steel, ONSA, FCSC, Federal Character Commission, Fiscal Responsibility Commission, Code of Conduct Bureau and Code of Conduct Tribunal had utilised more than the overall average utilisation rate of 97.75% of the amount cash-backed.

“Five out of these, including ICPC, National Salary & Wages, ONSA, Code of Conduct Tribunal and Federal Character Commission had 100% of their respective cash-backed funds utilized.