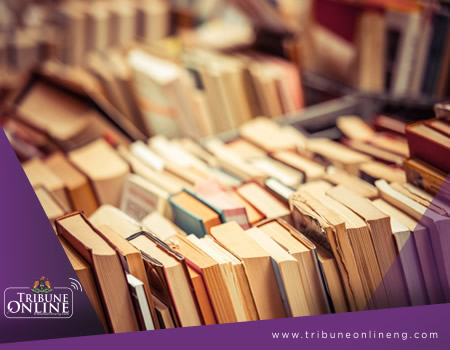 THE Federal Government has said it will digitize books and other literary works produced in indigenous Nigerian languages and make them available to global readers.

Spokesman of the National Library of Nigeria, Mr Vershima Orvell-Dio in a statement on Thursday said the National Librarian, Prof Lenrie Aina announced the development in Benin yesterday at the commencement of a nationwide readership promotion campaign.

National readership promotion was an annual campaign by the headquarters of the National Library of Nigeria to expose Nigerians to the benefits of reading for self and national development.

Orvell-Dio, in the statement said that arrangements have been made for the smooth take off the project, adding that the Minister of Education, Malam Adamu has approved of the project and the operational agreement between both parties.

The statement noted that after the Memorandum of Understanding (MoU), NLN would reach out to Association of Nigerian Authors (ANA), other author associations as well as other individuals that have books published in indigenous languages and fulfill all copyrights issues before handing over the books for digitization in Norway.

He, therefore, encouraged Nigerians to cultivate the habit of reading, not just for gain but for leisure, information and general knowledge, stressing that a lot of hidden treasures are in books but would take those who are studious to unravel them and be better off among contemporaries.

Chairman of the occasion and the Edobayokhae of Benin kingdom, Chief Osayomwanbo Ero, was optimistic that the challenge of low reading culture among Nigerians could be surmounted if all relevant stakeholders would wake up and join hands to achieve the aim.

These stakeholders, according to the Royal father include parents, teachers, authors, libraries, books vendors, publishers and government at the various levels.

He urged government at various levels to formulate policies that would encourage library development in Nigeria.