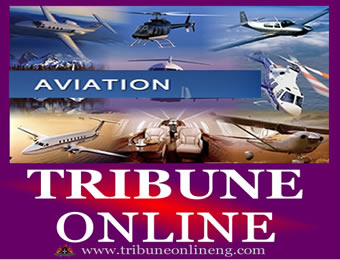 THE Federal Government has disclosed plans to establish an Aviation University in Nigeria that will cater for the training of high level manpower in aviation sector and conduct of cutting age research for the development of the industry.

Minister of State for Aviation, Senator Hadi Sirika, made this known during the weekend when he visited the Nigerian College of Aviation Technology (NCAT), Zaria on inspection of its facilities.

He said the ambition of the current administration was for Nigeria to be able to manufacture components of aircraft and ultimate production of aircraft just like Brazil and other countries.

According to him, such a deep and high level research could only be carried out in a university while there was also the need to domesticate most of the high level manpower training for the sector in the country.

The minister who initially expressed worry about the state of some infrastructure at the Nigerian College of Aviation Technology, especially the auditorium at the entrance of the college, however, changed his opinion after touring the facilities of the college where he massive upgrade of training facilities in the institution.

Sirika, who said he graduated from the college over 30 years ago, noted that the institution is now being position towards being a true centre of excellence, saying the college is one of its kind having its airport, control tower and elaborate training facilities.

He said he was impressed to have seen that the college has well-equipped training aid unit with digital boards and quite a number of active and live hangers carrying out active maintenance of aircraft.

He challenged the management of the college to put out to the world the capabilities of the institution in order to attract additional funding and patronage, saying the college has greatly improved with the capacity to produce air-conditioning, solar, and many other innovative items that could be commercialised.

The minister pledged to ensure upgrade of facilities at the college to boost number of students’ intake and training capability of the college.

Meanwhile, the Rector of the college, Capt Samuel Caulcrick, has lamented that the institution is grossly underfunded making it impossible for it to executive most of its proposed projects.

He therefore appealed to the Federal Government to amend the College Act to ensure its classification as tertiary institution in order to be listed among the beneficiary institutions of the Tertiary Education Trust Fund (TETFund).

Minimum wage: We can’t guarantee peace without new wage by May 1 – NLC