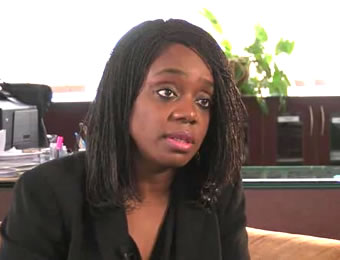 Federal Government on Thursday stated some of the reasons it had to establish the efficiency unit at the Ministry of Finance.

Minister of Finance, Mrs Kemi Adeosun who gave these figures in Thursday Abuja at a workshop for protocol personnel of ministries, departments and agencies (MDAs) then disclosed that with an arrangement her Ministry was working with airlines, government should save N5 billion annually from discounts.

Adeosun who was represented by a Director in the ministry, Mrs Laraba Shaibu explained that the workshop is for the purpose of sensitising the MDAs to the initiatives of the E-Unit, which are targeted at moderating the federal government’s expenditure on travels.

“It is common knowledge that, if as a country we had invested more in capital projects, the state of our infrastructure would have been better than what it is today”, she said.

“This arrangement with Dana Airlines Limited is the first among several on-going activities of the E-Unit to use the federal government’s large buying power to secure commensurate discounts from providers of goods and services.

“From discounts on Air Travels alone, we expect to have saved N5 billion per annum when the legal documentation of the discounts offered by other airlines are concluded.”

Head, Efficiency Unit in ministry of finance Mrs Patience Oniha told the protocol officers that said the current administration embarked on financial reforms on discovering that, its revenue had dropped sharply by (about 50%) since 2015 when crude oil prices collapsed.

“Government’s expenditure on the other hand has been growing as evidenced by the size of the annual budgets. The shortfalls in revenue have translated to budget deficits funded largely through borrowing.

A significant part of the Federal Government’s expenditure has been on Personnel (over 60%) to the detriment of capital expenditure”, she said.

She however, stated that the discount would be strictly for official assignments as it cannot be transferred to relations.

So far she disclosed, 19 airlines agreed to offer discounts of between five and 50%.