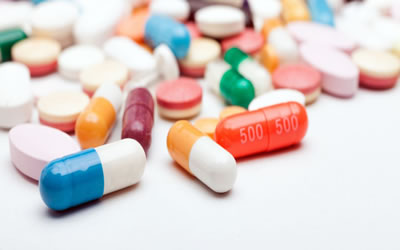 THE Federal Government says it will shut down all open drug markets this year to curb unwholesome drug distribution system.

The Minister of Health, Prof. Isaac Adewole, disclosed this in a statement issued after a groundbreaking ceremony of the Coordinated Wholesale Centre (CWC) in Abia.

Adewole, in the statement made available to the News Agency of Nigeria (NAN) by the Pharmacists Council of Nigeria (PCN) on Wednesday, frowned at the chaotic drug distribution system in the country thereby endangering the lives of the populace.

He noted that the closure of all open drug markets would immediately kick start full implementation of the CWC component of the National Drug Distribution Guidelines (NDDG).

The minister, who identified unsatisfactory drug distribution system as one of the challenges in the use of medicine in the country, however, said that this has led to poor product handling.

Adewole added that it has also led to difficulty in product tracking for statistical purposes, circulation of substandard products, difficulty in audit trail and destruction of professional practice.

According to him, the ministry issued the NDDG in 2013 in its bid to reverse the ugly trend of unsatisfactory drug distribution system.
The statement also quoted the Registrar of PCN, Mr Elijah Mohammed, describing the CWC as one of the concepts of NDDG to cater for or accommodate open drug marketers.

The registrar said that the federal government, being sensitive to the yearnings of Nigerians, provided the CWC as an alternative to those in the open drug market instead of pushing them out.

According to him, the CWC will provide effective regulatory activities and ensure good pharmaceutical service delivery in the country.
It would have control over the efficacy of drugs coming into Nigeria and being made available for consumption for Nigerians, he said.

Mohammed described CWC as a purpose-built infrastructure that would cater for storage condition, practice environment, security and also in terms of regulatory activities, among others.

“There are some drugs that need to be stored within a specific temperature and CWCs has such warehouses constructed for them, unlike the open drug market where everything is lumped under the sun and in stores that have no windows, among others.

“Definitely the quality and efficacy of those drugs are maintained, which is the purpose,” said the registrar. Mohammed listed the four major open drug markets of concern to the federal government as Idumota Drug market, Lagos; Onitsha overhead bridge, Anambra; Ariaria market, Aba, Abia; and Sabon Gari market, Kano state.

According to him, those centres will boost the economy, help ensure product tracking, build confidence in products in the country and increase patronage.

He emphasised that the Abia CWC would accommodate all the owners of medicine shops in Aba and in other clustered areas in the state when fully developed.

“It is my belief that the speedy development of the coordinated wholesale centre will go a long way in sanitising the drug distribution system in the state and to a large extent the entire nation,” he said.