Latest NewsEducation
By Tribune Online On May 15, 2019 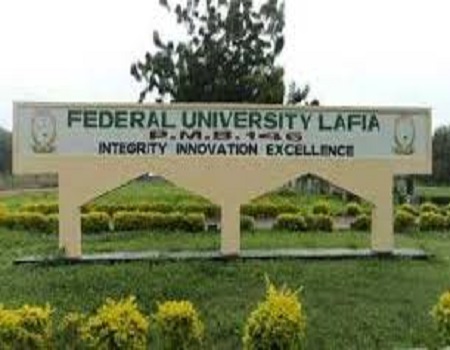 THE Senate of the Federal University Lafia (FULafia) on Wednesday confirmed the appointment of Prof. Idris Amale as the new Deputy Vice-Chancellor of the university.

Prof. Sanusi Liman, the Vice-Chancellor of the institution, made this known to newsmen when he received the new deputy vice-chancellor in his office in Lafia, Nasarawa State.

The vice-chancellor said that Amale, who before his new appointment was the Director, Academic Planning of the institution, would take over from Martin Ogbe.

Liman said that the appointment, which took effect immediately, would be for a period of five years.

He congratulated Amale on what he described as a well-deserved appointment, given his wealth of experience.

Liman, therefore, expressed the hope that the deputy vice-chancellor would justify the confidence reposed in him.

He urged Amale to join hands with the authorities toward taking the institution to the next level.

Responding, Amale expressed gratitude to the Senate of the university for finding him worthy of the appointment and promised to discharge his functions diligently and to the best of his ability.

Bad breath could lead to gum disease if unchecked ― Dentist