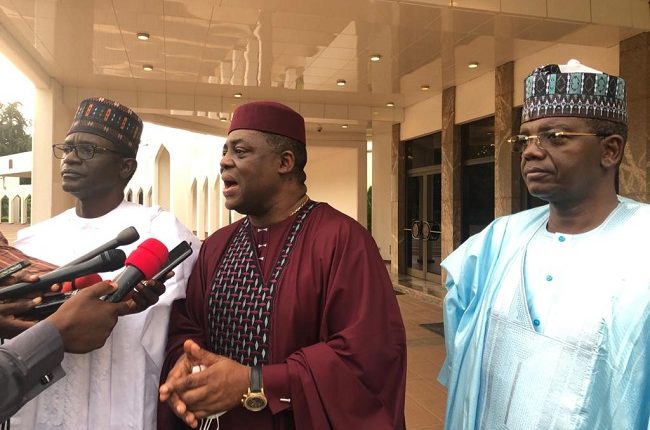 He made the declaration at the presidential villa, Abuja after he was presented to President Muhammadu Buhari as a member of the APC.

The former spokesman of the PDP Presidential Campaign Council was introduced to the president by the Governor of Yobe state and Chairman of the APC national caretaker committee, Mai Mala Buni and his Zamfara state counterpart, Bello Matawalle.

Fani-Kayode, who explained that he had been a founding member of the APC,?said he returned to the APC for the unity of the country.

He said he was wooing the governors of Oyo, Bauchi and Enugu states, Seyi Makinde, Bala Mohammed and Ifeanyi Uguanyi respectively to also join the APC.

He said whatever opinion people may have about his credibility because of his constant change of parties was up to them.

Banditry will not end in North with unchecked Almajiri system ― CAN