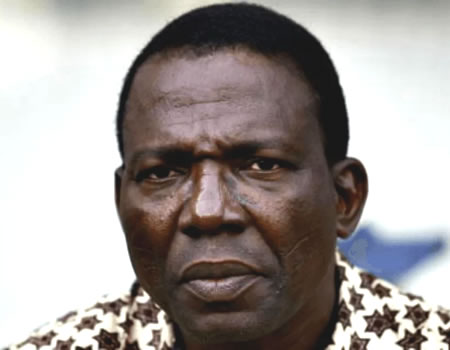 YOU have read about the divorce case involving a former Super Eagles coach, Chief Adegboye Onigbinde, at the Oja Oba/Mapo Grade C Customary Court in Ibadan South East Local Government Area of Oyo State, which was on Wednesday decided by the court. However, the sizzling details which have not been made known to the public were witnessed in the courtroom by  Saturday Tribune.

Onigbinde had filed a divorce suit against one of his wives, Abiona, seeking the dissolution of their 30-year-old marriage, on account of alleged violent acts, abandonment and orchestrating discord in the family.

He further pleaded with the court to restrain her from coming to his home to disturb his peace.

Both parties had earlier appeared before the court, but the case was adjourned to give room for possible out of court settlement.

Giving his testimony, the ex-Eagles coach stated thus: “I got married to my wife, Ann Abiona Onigbinde, 30 years ago. Our relationship  started experiencing crisis from the outset of our union.

“Before she moved in with me, there was unity in my home.  My wives and I were living a communal life. My wives and their children shared the same pots and did things in common.

“But immediately she came into my house, there was disunity. She introduced the practice of doing things separately. Each of the wives kept a separate pot.

“We once disagreed on an issue and she  suddenly gripped my shirt and pushed me to the ground. Thank God people were around who came to my rescue.

The plaintiff who accused his wife of lacking business acumen stated that thrice he established her in business, but  the  business went down.

He added that she abandoned him and went to babysit for one of her children by another man for two years.

According to him, she only returned when their daughter, Temilola, the only child she had for him, was preparing to get married.

“My wife discouraged our daughter from relating with my other children which was not pleasing to me.

“Our daughter came with her husband to commiserate with me after I lost my brother. That was the second time  I set my eyes on her after she got married.

“I had filed the divorce suit against her mother then. That day, Temilola ended up shouting and raining insults on me.  She further went on to assault my first son, abused him and insulted his mother who is deceased.

“My lord, I’m 79 years old. I want to live the remaining days of my life in peace. I plead that you separate us, “Onigbinde said.

The defendant denied all his husband had said and did not also accede to divorce.

“There was never a time we had a misunderstanding, or that I displayed any act of violence.

According to her, their relationship started encountering crises the moment the plaintiff decided to take another wife who was her hairdresser and wife of someone in the neighbourhood.

“I and my co-wives counseled him against this, but he turned deaf ears to us and went along to contract the union.

“There were times I went to his room, knelt down, sang his praise and sometimes cried just to placate me, but he would shout at me and send me out of his room when his new wife was around, “the defendant said.

Abiona added that she had always encouraged their daughter to live a harmoniously with the other children.

According to her, when she was served the court notice, she went to her husband’s eldest son who promised to call a meeting which was intended at stalling his father’s divorce move.

“My lord, I have no place to go if my husband divorces me. But if per chance his prayer is answered, I prayed the court to order him to get another accommodation for me when I move out of his house.

Having listened to the couple, the court president ruled that their marriage be dissolved and ordered the plaintiff to pay the defendant N5,000 to pack her belongings out of his place.

Osas Voice wins Gospel Artiste of the Year in Diaspora