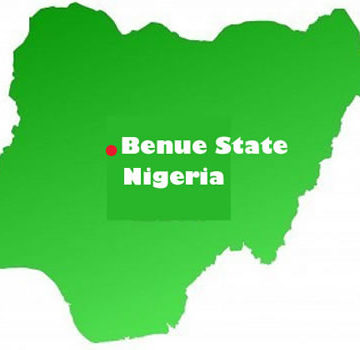 Major Ugbor was said to have been burnt to ashes in his car in what the source described as reprisal attack on Ondo Ugboju community by suspected hoodlums.

Source said trouble started when   some loyalists of one Benjamin Ijachi, a member of the PDP attacked a group loyal to Ijachi Udenyi, a member of the All Progressives Congress, APC and former caretaker chairman of Otukpo Local Government Council on Wednesday, injuring many.

Consequently, one Ijachi, popularly known as Kpem, was said to have mobilized his loyalists early hour of Thursday and launched a reprisal attack in the community shooting at anybody on sight.

At the end of the day, eight persons were reported dead, including retired Major Ugbo and their bodies were said to have been taken to the mogue at the General Hospital Otukpo.

Several houses were said to have been burnt down while property worth millions of naira destroyed.

The ugly situation was said to have displaced residents of the community who have abandoned their homes for safety.

The state command through its spokesman, ASP Moses Yamu confirmed the incident but said that four persons died.

He said that one person has been arrested and four persons wounded in the crisis.

Christian group lock out of event Center, alleges Ondo govt behind their ordeal