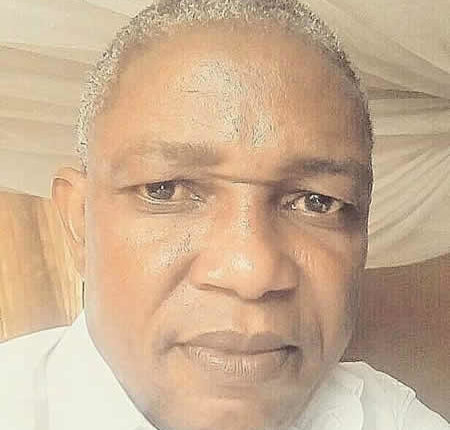 Giwa, a seasoned journalist, was until his death at the age of 58 years, the Chief Press Officer to Daniel, and also served as a top media aide to the former Speaker of the Ogun State House of Assembly, Hon (Mrs) Titi Oseni-Gomez.

The information has it that Ayo Giwa died on Sunday night, after a brief illness.

Daniel in a statement described his late aide, Ayo Giwa as a dedicated and loyal staff.

He said, “I received the very shocking news of the sudden death of our own Ayo Giwa last night after a brief illness.

“Ayo Giwa was one of the original Gateway Front Media team since 2001. After the election in 2003, he emerged as the Chief Press Secretary of the then Speaker of the House of Assembly, The Rt Hon Mrs Titi Oseni-Gomez. He later became my CPS in 2011, which position he held until his demise last night.

“Ayo Giwa was an amiable and pleasant personality who concentrated on his job with dedication and loyalty. It is most unfortunate that he passed on at this time and all we can do is to pray for the family left behind that God will grant them the fortitude to bear the  irreparable loss.”

Ayo Giwa remains will be committed to mother earth by 3.00 pm according to Islamic injunctions, at Oke-Agbo, Ijebu-Igbo, in Ijebu North Local Government Area of the state.