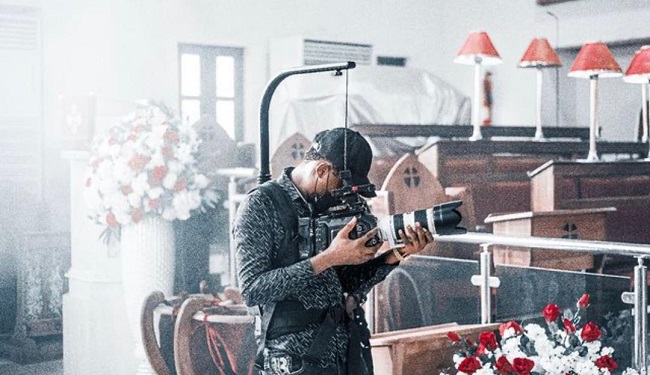 Famous music video director, Evans Akhabue, popular as Dir. En’man has been honoured by prestigious Hollyland Tech Awards for putting the Nigerian music industry on the global map through his music-video production.

It was a big moment for the creative director who is the brains behind many music videos of top African acts as his profile continues to soar.

Akhabue, a regular face in the music and video industry as he is respected as one cinematographer whose works have continued to draw attention to him in no small measures.

In a fast growing entertainment industry with music acts springing up daily and pushing their contents to every part of the world, Akhabue has emerged as one of the creative minds transforming the industry and bringing ideas to life through his video.

Describing his Hollyland Tech award as another special moment in his career, the dynamic young mind said he could not have prayed for a better moment to show the world what he has got to offer.

“I am humbled that recognitions keep trickling in for me. I am inspired to keep putting my work out there and bringing dreams to life through my work. The journey continues to get better and interesting”, he said