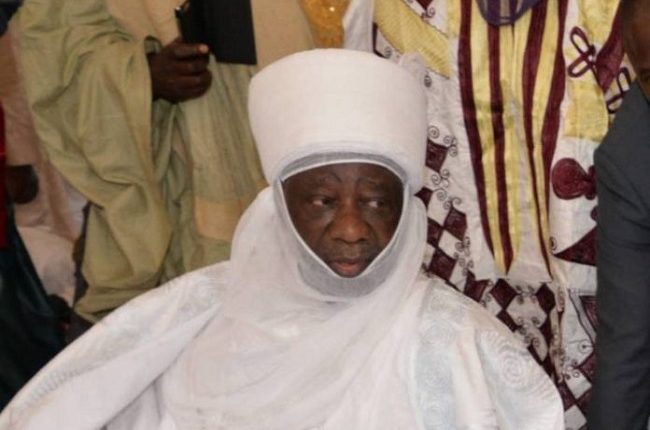 Traditional rulers in Kwara state have appealed to the #EndSARS protesters in the state to conduct themselves peacefully and be mindful of interest of the country.

In a statement on Tuesday by the Chairman, Kwara State Council of Chiefs, Alhaji Ibrahim Sulu-Gambari, who is also the Emir of Ilorin, on behalf of traditional rulers in the state, the monarch told the #EndSARS protesters to be “mindful of the consequences of their continuous and unabated acts.

“As citizens of Nigeria, the protesters are at liberty to air their grievances against the Government in a legal, legitimate and organized order. That being the case, the protesters should have the interest of the country at heart by conducting themselves peacefully.

“While we concede the right of every citizen to peaceful protest, we urge them to ensure that the rights of others to go about their lawful businesses unmolested are not infringed upon in the process.

“The protesters should not allow hoodlums to take over and convert their right to express their legitimate grievances to chaos and destruction of lives and property.

“In the same vein, I seize this opportunity to also appeal to every parent to call in the youths to withdraw from the streets. The youths have made their points and the points are quite clear.

“The government is already taking steps to address the issues, which cannot be achieved unless the protesters pursue their demands peacefully and legally.

“We pray the parents to approach this matter to avert breakdown of law and order leading to the destruction of lives and property.

The party also said that immediately the Caretaker/Extraordinary Convention Planning Committee was put in place after the NWC’s dissolution, the crises that had characterised its affairs were laid to rest. #EndSARS