Says use of military, ploy to undermine country's democracy 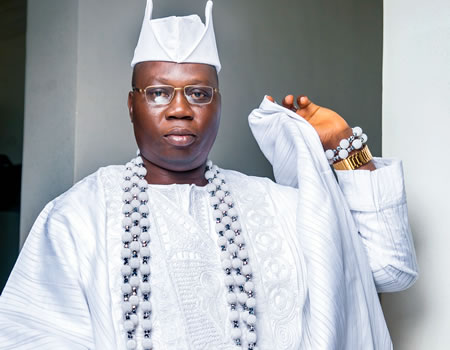 Aare Onakakanfo of Yorubaland, Iba Gani Adams, has appealed to President Muhammadu Buhari not to use the military architectures to intimidate Nigerians from exercising their franchise in the Presidential and National Assembly elections holding nationwide this Saturday.

Aare Adams made this call in a statement signed by his Special Assistant on Media, Mr. Kehinde Aderemi, insisting that the use of  military during elections was arbitrary and a ploy to undermine Nigeria’s democracy, just as he declared that the country was not a banana republic whereby the Federal Government would strategically foist the military on the citizens during elections.

The Generalissimo, while agreeing that there were security challenges across the country, however, contended that nobody can use that as a ploy to use military to undermine Nigeria’s democracy, lamenting that what was being experienced since last Saturday was not too good for the country as some politicians had perfected plans to truncate the country’s democracy through the back door.

“We are not in a banana republic, whereby the FG will, strategically, foist the military on us during elections. I agree there are security challenges across the country, however, nobody can use that as a ploy to use the military to undermine our democracy. What we are experiencing since last Saturday is not too good for us as a nation, because some politicians have perfected their plans to truncate this democracy through the back door,” he lamented.

Aare, who lamented that a lot of people, including himself made personal sacrificed to have the current democracy in the country, pointedly said in civilized clime, the police and the Civil Defence men were usually used to monitor elections, while the military was used during wars, declaring that the coming election was not a war and, therefore, no need to use military to monitor election processes.

“The whole world is watching us. Many of us put our lives on the line for us to have this democracy. Many people lost their lives for us to have this democracy. Our democracy came with a lot of sacrifices. In a civilized clime, the police and the Civil defence are usually used to monitor elections, while the military is used during wars. The coming election is not a war, so why the directives to use the military to monitor election processes?

“This is scary and their presence will definitely lead to chaos. This election should be peaceful, free and fair. We don’t want a bloodbath, however, with this development, I have a feeling that many Nigerians will be disenfranchised and that can taint Nigeria’s image and it will also send a wrong signal to the international communities,” he said.

Adams, while contending that anything short of a free and fair election would be disastrous, urged Nigerians not to be intimidated with the activities of the military, even as he declared that election was never a do or die affair.