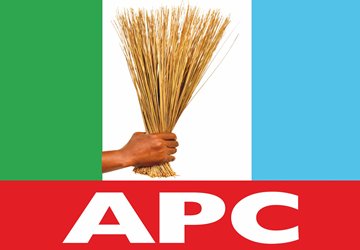 THE All Progressives Congress (APC) in Ekiti State has staged a rally in support of the second term for President Muhammadu Buhari and said it would sue Governor Ayodele Fayose for allegedly masterminding the detention of seven of their members for about three years.
At the mass rally by the party in Ado Ekiti, on Wednesday, acting chairman of the party in the state, Mrs Kemi Olaleye, said seven of its members, who were discharged and acquitted from a murder charge by the court recently, was a vindication of their innocence.
The party also declared an interest in the re-election bid of President Buhari, saying he deserved a second term considering his achievements in office.
She said: “Today, more than 10,000 Ekiti indigenes across party lines are benefiting from N-Power. The federal housing estate and federal secretariat are under construction and many of our people were appointed to federal boards, commissions and parastatals.
“The school feeding programme is also a landmark achievement etc. Very soon, this party will release to the public the achievements of President Buhari in Ekiti, which governor Fayose has cornered.”
Speaking on the massacre in Benue State, Mrs Olaleye expressed the sympathy of the party with the Tivs over the losses suffered.
ALSO READ:  Buhari returns to Abuja after his inauguration as AU anti-corruption champion

However, she alleged that opposition to the federal government was behind the killings to discredit Buhari’s government.
At the rally which started from the popular Okeyinmi area to Ajilosun in a long motorcade in which the released member were also conveyed, Olaleye said the party would go to court to challenge what she said as “unlawful arrest, imprisonment and prosecution of our members for a political reason.”
She said: “God has vindicated them and the judgement shows that the country’s judiciary is independent and we expect them to do more against Governor Fayose because he is committing a lot of evils.
“We learnt that he has been bragging that he would re-arrest them. We dare him to do so because we will go to court to seek redress on this gross abuse of our members’ rights.
“The Inspector General of Police must reinvestigate the cause of the death of Chief Aderiye’s. Chief Aderiye was an illustrious son of Ekiti and the cause of his death must be known. He must not die in vain.”
Also addressing the rally, the party’s Publicity Secretary in the state, Chief Taiwo Olatunbosun, said the rally was to rally support for  President Muhamadu Buhari, and ahead of the impending governorship election in Ekiti State and to mark the return of their members from prison.
Olatunbosun lambasted Governor Fayose for his government’s white paper which announced the banning of the Minister of Mines and Steel Development, Dr Kayode Fayemi from holding political office for 10 years for alleged corruption.
Seven members of the APC in the state namely: Chief Niyi Adedipe, Chief Rotimi Olabiwonnu, Mr Adebayo Aderiye, Sola Durodola, Kayode Ajayi, Oso Farotimi, Sola Adenijo and Rotimi Olanbiwonnu  were discharged and acquitted after about three years on trial in the murder of the ex-Chairman of the National Union of Road Transport Workers (NURTW) in Ekiti State, Chief Omolafe Aderiye.
Ekiti APC
Share