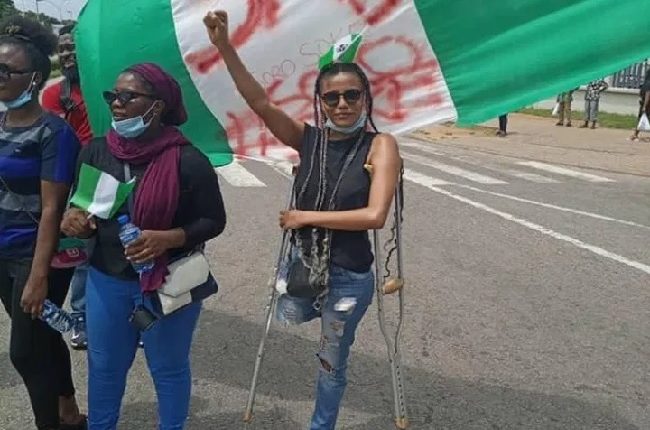 Egyptian authorities have said that seven out of the eight #EndSARS Nigerians who protested in Egypt on October 18, will be deported to Nigeria for lack of resident permits/ visas.

In a statement from Nigerians in Diaspora Commission (NIDCOM), the only Nigerian among them who has residency permit will get final clearance from the Egyptian Interior Minister, Mahmoud Tawfik after signing an undertaking not to be involved in any unauthorised activities while still in the country

The statement from Head, Media and Public Relations Unit (NIDCOM) Abdur-Rahman Balogun quoted the Chairman/CEO of NIDCOM, Abike Dabiri-Erewa, As explaining that the Nigerian mission in Egypt is still pleading for leniency on behalf of the seven Nigerians slated for deportation.

The NIDCOM boss, however,  denied the allegation that the Federal government of Nigeria is involved in the Nigerians’ arrest.

“The Nigerian mission in Cairo has had extensive deliberations with the Cairo Ministry of Foreign Affairs, Interior as well as the Diplomatic Police, adding that the eight detained Nigerians, four men and four women, were assured of decent treatment while in detention.

Dabiri-Erewa reiterated her appeals to Nigerians abroad to be good ambassadors of the country by being law-abiding to the laws of their respective host countries.

She commended Nigerians in the diaspora who have conducted themselves in a disciplined and peaceful manner during their protest for an end to police brutality in Nigeria, reiterating the President’s commitment to implementing the five-point demand, and urged Nigerian youths to embrace dialogue as their voices can definitely not be ignored.

ASUU adamant, says agitation is for survival of public universities

Nigerians should restrict themselves from going to Dubai, NIPSS DG reacts to visa ban