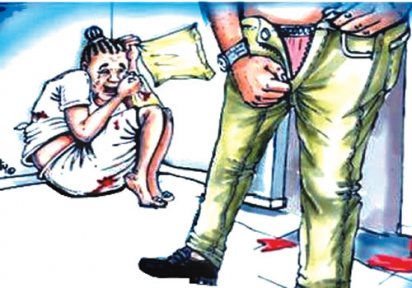 THE proposed trial of a 32-year-old man, Adewunmi Adetuyi, charged for defiling a 13-year-old girl was, on Friday, adjourned till June 30.

The trial could not go on as scheduled because the victim, who is the fourth prosecution witness in the case, was not in court.

It was gathered that the family of the girl moved her away from the environment to Badagry, in order to avoid stigmatisation and enable her to recover from the trauma.

The incident happened when the victim was sent on errand by her aunt around 9.00 p.m. on November 12, as the accused lured her into an uncompleted building where he allegedly defiled her.

Her aunt, who waited for hours for the girl to return, raised the alarm and, while neighbours were still searching for her, the victim came home and narrated her ordeal.

She identified the alleged culprit whom she said lured her into an uncompleted building, tied her legs and hands before forcefully raping her.

The matter was reported at the Egbeda police station where the accused was arrested and charged before an Ikeja High Court.