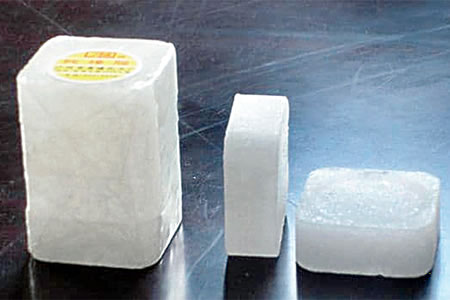 Raw edible camphor, and as a component of herbal infusions is widely used to treat pile, back pain, erectile dysfunction, and as an aphrodisiac, especially in preparation for sexual intercourse by men.

Certainly, many people would not think about edible camphor is possible side effects because scientific research is limited for some of its purported uses and the evidence is largely anecdotal.

But, scientists have now indicated that using edible camphor in large amounts as an aphrodisiac is linked to potential liver and lung damage. In theory, they said inappropriate use of camphor-containing products might make diseases that affect these organs get worse.

Nowadays, camphor is synthetically produced from turpentine oil and is present in many nonprescription medicines such as rubs for muscles and colds, moth repellent and sleep inducer.

In a new study, researchers investigated the effects of various doses of the edible camphor watery solution on the liver and lungs of male wistar rats and found it could trigger liver and lung inflammation.

Dr Oluwatobi Somade, who led the study stated “High doses of edible camphor are very toxic, not only in rats, but also in humans. It can affect organs of the body such as the liver, kidney, brain, heart and testis.”

He declared that edible camphor easily penetrates the blood-brain barrier so destroy brain cells because the brain is so rich in fats.

Dr Somade said that although edible camphor, which many Yorubas refer to as kafura pelebe, is used for cosmetic purposes, contraception, to induce labour and so on, Nigerians should be cautious of the toxic effect on organs in the body at high doses.

According to him, “in our earlier studies, we discovered that when edible camphor was administered on rats, some of them had epilepsy because it destroys the brain cells. Those who had epilepsy afterwards died.”

Twenty male wistar albino rats of an average weight of 200g were used for this study. After two weeks of acclimatization, the rats were divided randomly into four groups of five animals each.

It was administered in specified doses at 24 hour-intervals for seven days after which their liver and lung were harvested and tested.

There was a significant increase in liver relative weight in a dose-dependent manner following camphor administration that was attributed to liver injury.

The recommendation was that “the use and consumption of camphor should be with caution as it could trigger liver and lung inflammation.”

Previously, many studies were performed on animals to study camphor toxicity showed that the lethal dose varies from one animal to another. A study showed that a dose of camphor above 9 to14 grammes in dogs can cause gradual paralysis of the central nervous system and suffocation.

It was also shown that continuous exposure of mice to camphor caused the appearance of cancer symptoms.

In another study, it was shown that several doses of Camphor affected all parts of the rat’s male reproductive system such as testis, seminal vesicles and vas deference.

Several medical reports have shown toxic effects ofcamphor on humans. It was shown that a dose of 0.06 to 4 grammes caused vision disturbance, shivering weakness and paralysis.

Camphor is easily absorbed through the skin, small intestine and the respiratory tract. When taken orally, it causes very high hypertension within five to ten minutes.

When using skincare products containing camphor for a long period, several symptoms were reported as rash and skin irritation. In cases of large doses, acute toxicity might result leading to epilepsy, coma and death.

In children, doses above 0.7 gramme of camphor caused kidney and liver malfunction leading to urinary retention and albuminuria (high protein in urine).

The medical report has shown that nine to 19 children were epileptic 14 to 120 minutes after swallowing 0.07 to 0.6 gm of camphor and camphor can be detected in the mother’s blood after 15 minutes from swallowing and through delivery after 36 hours.

Can eating too much sugar, fat cause erectile dysfunction?