EbonyLife TV launches ‘One the Real’ on DSTV 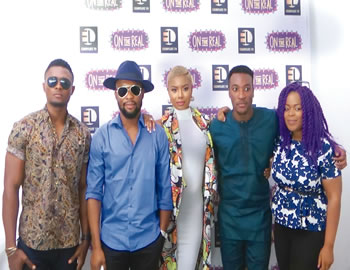 ‘On The Real’ promises to tackle problems faced by today’s youths which include; relationships, peer pressure, sex and drug abuse in a way that has never been before explored on Nigerian television.

The show was created and produced by Temidayo Abudu; written by Tamara Aihie and directed by Tosin Coker.