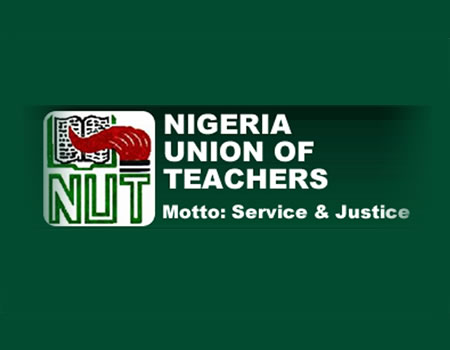 They demanded that the Chairmanship position of the state NUT be allowed to rotate among the three senatorial zones of the state.

They also demanded that old Ohaozara bloc (OHANIVO) be allowed to produce the next chairman of the state NUT.

The Ohanivo Teachers led by their spokesperson, Comrade Orji Wilfred who spoke, explained that Ebonyi is made up of three senatorial zones and that the position of chairmanship of NUT is rotated among the various zones and political bloc of the state; adding that only old Ohaozara bloc was yet to produce the chairmanship of the Union and equity demands they are allowed to produce the next chairman.

He alleged plots to deny them of their turn to produce the chairman of Nigeria Union of Teachers (NUT), in the state.

He also explained that hijackers within the Ebonyi state wing of NUT were plotting to displace them from contesting and occupying the position of the state chairmanship which they said had been allotted to their zone.

Comrade Orji Wilfred who spoke on behalf of the protesters further explained that Ebonyi is made up of three senatorial zones and that the position of chairmanship of NUT is rotated among the various zones and political bloc of the state; adding that only old Ohaozara bloc was yet to produce the chairmanship of the Union and equity demands they are allowed to produce the next chairman.

“May we inform you, Sir, that Ebonyi state comprises of three senatorial zones namely; Ebonyi North, Central and South, of which we belong to the latter. May we also inform you that our zone, Ebonyi South, is made up of five LGAs namely; Afikpo North, Afikpo South, Ohaozara, Onicha and Ivo.

“It is pertinent to state at this juncture that elective positions in Ebonyi state wing of NUT, State Chairman, in particular, are routinely rotated among the various senatorial zones and political blocs”.

He added that Afikpo North, Ezza South, Ohaukwu, and Ikwo had all produced the chairman of the Union in the past and it was the time of Old Ohaozara to produce the chairman but “on the contrary, some LGAs branch chairmen constituted themselves into a kangaroo screening committee, purportedly stage-managed by a bigwig in the NUT national office.

“The so-called screening committee went into action and, to the chagrin of all Ebonyi South teachers, and indeed the entire teachers of Ebonyi state, the kangaroo committee dropped the four contestants of old Ohaozara bloc for no just reason.

“The committee instead came up with the adoption of somebody whom they labelled as their ‘consensus candidate’ in the person of Egwu Francis of the same Afikpo North LGA that produced the pioneer chairman of the Union for six years in the past.

“We have equally been reliably informed that the Ebonyi State wing of NUT Secretary colluded with the kangaroo committee and secretly issued nomination forms to their favoured ones, without the prior knowledge of the State Wing of Executive Committee, SWEC, members.

Comrade Orji urged the state government to use its powers to put on hold the proposed Ebonyi State Wing of Conference of Delegates scheduled for 11th October 2018, until due process was followed.

Addressing the protesters, the Chief of Staff, government house Abakaliki, Chief Emmanuel Offor Okorie, thanked them for conducting themselves peacefully and assured them of letting the governor know of their complaints immediately.

Health Minister inaugurates committee on use of Bisphenol in Nigeria