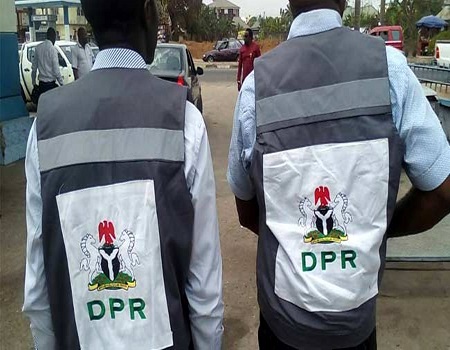 The Department of Petroleum Resources (DPR) said it will embark on the regularisation of Liquefied Petroleum Gas (LPG) retailers and skid owners operating illegally in Ogun State.

The Operations Controller, Abeokuta Field Office, Mrs Muinat Bello-Zagi, stated this on Thursday, shortly after a Strategic Engagements meeting with stakeholders in Abeokuta, that the proliferation of illegal operators of LPG and skid owners across the state had become worrisome, as regards the safety of lives and property.

She explained that any operator who failed to regularise their operations would be sanctioned accordingly, while urging them to look for a suitable site for their businesses.

Bello-Zagi submitted that many petroleum marketers have moved to 25 to 30 kilometres away from border towns to site filling stations without the necessary approval.

Tribune Online recalls that the Federal Government in November 2019, directed that fuel stations sited close to the land borders should no longer get petroleum products in order to tighten security and ensure strict compliance to the border closure.

She insisted that the agency would not compromise on safety, despite the fact that the Federal Government encouraged the use of LPG.

The Operations Controller said, “many of the LPG retailers and skid owners are not following laid down guidelines which makes their operations illegal.

“Some of them have attributed their wrongdoings to the socioeconomic effects occasioned by the COVID-19 pandemic.

“The Ministry of Petroleum Resources wants the deepening of LPG penetration but these operators are not going through the proper channel and this makes their operations illegal.

“Some of our agencies and stakeholders have also noticed these lapses and so we decided to come together to have this strategic engagement to discuss how we can improve our services and it has been fruitful.”

She explained that the stakeholders meeting was important to further collaborate on how to regularise the operations of some illegal operators in Ogun State so as to ensure a safe environment for all.

“Once a proponent, especially someone that is into illegality knows that all agencies governing his or her operation are aware of what they’re doing, it will reduce illegality,” she added.

Stakeholders at the meeting include the Ogun Fire Service, the Nigeria Customs Service, Ministry of Physical Planning and Urban Development among others.

‘Frequency Of S3xual Intercourse Has Nothing To Do With Enlarged Prostate’
Many men are not aware that with age, they stand a higher chance of developing difficulty urinating. In this interview by Sade Oguntola, a consultant urologist at the University College Hospital, Ibadan. Dr Augustus Takure says prostate enlargement, whose symptoms could include difficulty in urination, is inevitable in all men… LPG retailers | LPG retailers  |