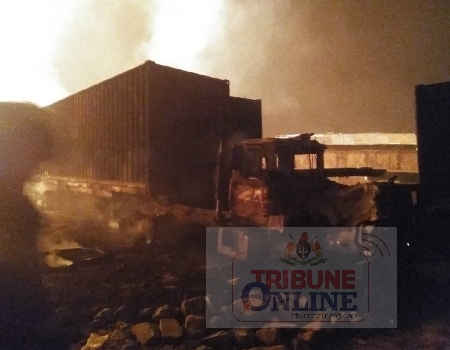 The Department of Petroleum Resources (DPR) said it has commenced investigation into the Lagos pipeline explosion which claimed five lives and left scores of people injured.

According to a statement by the oil and gas sector regulator, signed by its spokesman, Mr. Paul Osu, and made available to the Nigerian Tribune on Monday, the DPR confirmed the receipt of a report of pipeline explosion at Abule Egba, Lagos State.

“The Department wishes to commiserate with all who were affected by this unfortunate tragedy, which has been attributed to sabotage and vandalism by unscrupulous persons.

“In line with our Regulatory oversight to the Nigerian oil and gas industry, as enshrined in the Petroleum Act Cap P10 LFN 2004, the DPR has commenced investigations with other relevant stakeholders into the incident.

“We assure the public that the safety of all Nigerians is of paramount concern in the discharge of our Regulatory mandate for the oil and gas sector,” it stated.

It said the report on its inquest will be communicated (to the public) when it is concluded.

NANS to Shaibu: Retrace your steps on Obaseki, Oshiomhole feud

DPR warns against use of cell phones at petrol stations