Does Nigeria have more poor people than India, China? 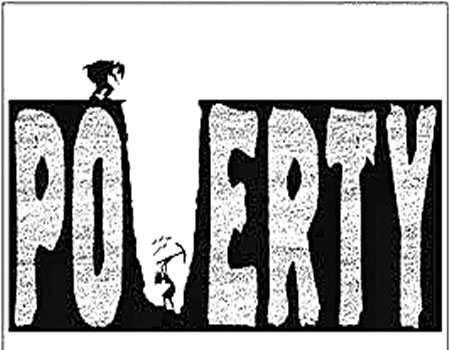 The position of Nigeria’s status in terms of its poor population alongside its citizens living below the global poverty line has raged on for years without the real status.

This is largely so because a number of biased colorations were used as yardstick to measure the poverty index of Nigerians.

In fact, in Nigeria today, there are more people in employment in the informal sector than those in the formal sector.

The National Bureau of Statistics, NBS, has from all indications failed in its statutory responsibility as the originator and custodian of data for the country. Most of the times, its website is not current and updated. It has really created a gap in providing adequate and reliable data about Nigeria for users.

Ignorantly, the  vice presidential candidate of the  Peoples Democratic Party (PDP) in  the  last  elections,  Peter  Obi, at an event said that  there  were  more  poor  people  in  Nigeria  than  in  India  and  China. Nothing can be farther away from the truth than this.

Undoubtedly there is a big exaggeration of our poverty level by some of these international bodies for reasons best known to them.

Contrary to these sentimental and twisted statistics which undermine genuine efforts by the current administration to lift 100  million Nigerians  out  of  poverty  in  the  next  10  years,  a  fact  check  revealed that China with  a population of 1.4billion records 98 million  people in poverty. This is 0.7 per cent while India with a population of 1.3 billion has 329 million in poverty. This is 23.5 per cent of its population.

In total, India and China have 427million of their citizens in poverty. This is more than twice the total number of Nigeria’s population of 200 million. So , one is compelled to ask, give these figures, how does Nigeria overtake China and India combined in poverty?

Though the World Poverty Clock puts Nigeria as the most extreme poverty-stricken country in the world, I totally disagree with this   biased analysis because we cannot look at poverty level in isolation of the total population of the country.  We must look at the two side by side for an objective analysis.

The need for caution must be emphasised for peddlers of fake data and statistics by outsiders in collaboration with unpatriotic Nigerians to score cheap political points, to put the interest of Nigeria foremost in their conduct. Nigeria is not in any way near the most poverty-stricken country of the world.

Menace of sexual harassment: Beyond wails and penalties