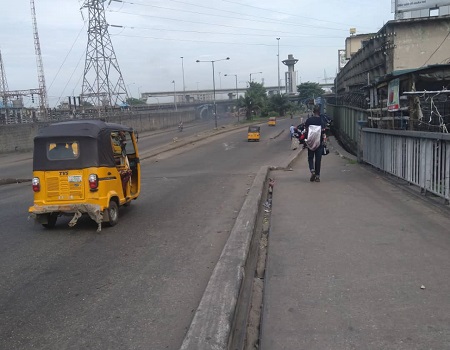 Disorderliness on Nigerian roads has become a matter of constant discussion on radio, television and in the daily newspapers recently. The menace of disorderliness on the road has reached a frightening discourse and it has disturbed the peace on our roads.

There are lots of dangers on the road. In fact, many people have lost their lives due to the incompetence, ignorance and disordered behaviour of drivers on the road. Disorderliness on roads also leads to the several mortality cases we have around in the country. Several people have been kidnapped while embarking on a journey.

Many Nigerians have been subjected to being victims of kidnap, robbery and death.

Many crimes are linked to roads in Nigeria. The high rate of criminal activities is a pointer to the danger of disorderliness on our roads. The security system is loose, we have only officers sourcing for funds rather than ensuring traffic rules are encouraged.

It is certain that terrible traffic control, disobedience of drivers such as making Calla on highways, driving, drink, over-speeding and others on the road has posed a lot of dangers to our society and the government has to do something about it. The government can control disorderliness on roads by public enlightenment of the masses on the  consequences of disobeying road regulations on our roads.

In addition, the government should promulgate a law which forbids security personnel from staying on the road for bribes and forgetting their duties. Kidnapping, highway robbery, ritual killings would reduce if orderliness is maintained . Criminals caught must be made to face the consequences to serve as a deterrent to others.