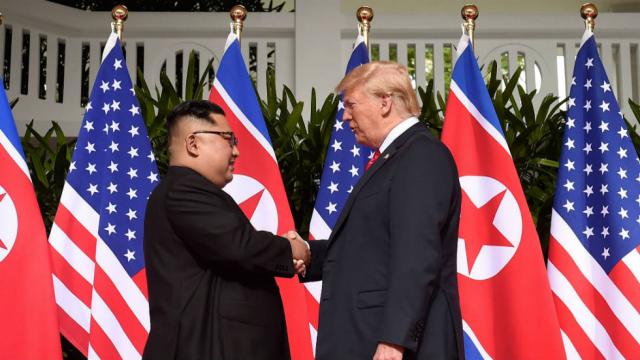 It has been said that African nations are also instrumental to the realisation of the United States denuclearization policy towards the Democratic Republic of North Korea (DPRK), when governments support the implementation of United Nations (UN) sanctions imposed on the country.

Over the years, DPRK) has undertaken a broad range of activities which drew international condemnation in the form of sanctions, major ones among them being the development of nuclear weapons and ballistic missiles.

However, engaging some African journalists currently on tour of the United States and South Korea on the US foreign policy towards the North Korea, in a discussion in New York, on Friday, the US officials are of the view that it is of everyone’s interest to discourage the proliferation of nuclear weapons, which is the situation in DPRK, and African allies of DPRK can make this a reality by cutting economic ties with the country.

In the last couple of years, the World powers have pursued economic and financial sanctions on North Korea to pressure it to denuclearize, while these governments have also deployed sanctions to punish the regime for cyberattacks, money laundering, and human rights violations.

But it has been discovered, according to officials that DPRK has devised a means of evading sanctions by engaging in illicit transactions with some of its allies in Africa and other regions of the world, so it can raise funds to further boost its nuclear investment which threatens at the Korean Peninsular and the world at large.

It was said in the past, African nations are not so affected with the UN sanctions in terms of encouraging enforcements, but with the recent sanction which states that all DPRK nationals working in other countries earning money are to be sent back to their country before December 2019, is one of the areas where the cooperation of African nations and other affected nations is needed.

Information has it that there are countries who still have ties with DPRK and are still helping it evade sanctions in form of exchange of goods already sanctioned by the UN.

There are deals already going on, such as transborder oil trade, there are also oil vessels on the sea coming from different countries of the world that are exchanged for DPRK vessels in oil trade on shore, which is an illegal trade currently being transacted with the country, hence, encouraging it to evade UN sanctions.

Africa is not the problem, but there are certain governments and individuals who still engage in arms trade deals with DPRK, likewise other illicit releases which ultimately threaten the world peace with the nuclear faculty being built by a defiant DPRK authority.

North Korea’s leadership, under successive Kims, considers nuclear weapons the sole means to guarantee its survival, but this has since been condemned by the UN, the reason for the sanctions.

Why the acquisition of nuclear facilities become illegal for DPRK, is because, the country ratified the Nuclear Nonproliferation Treaty in 1985 but withdrew in 2003, consequent upon a reason he teemed “US aggression.”

Subsequently, DPRK carried out its first nuclear test three years later. “For Kim Jong-un, nuclear weapons are a ‘treasured sword’ and a silver bullet capable of keeping domestic and international enemies at bay,” writes CFR’s Scott A. Snyder in Forbes.

But experts have said that the effectiveness the sanctions has been undermined by the failure of some countries to enforce them, while it is also believed that these measures have exacted a heavy toll on the North Korean economy,

The reason for sanctions was given as that several rounds of bilateral and multilateral negotiations on denuclearization dating back to the 1990s have failed.

However, after the June 2018 meeting in Singapore between US President Donald Trump and North Korean leader Kim Jong-un, a historical first summit between sitting US president and North Korean leaders, the US suspended a series of high-profile military exercises with South Korea, but the declaration signed with North Korea has been seen as not producing tangible steps for denuclearization.

US probes oil firm over bribery in Nigeria, other countries