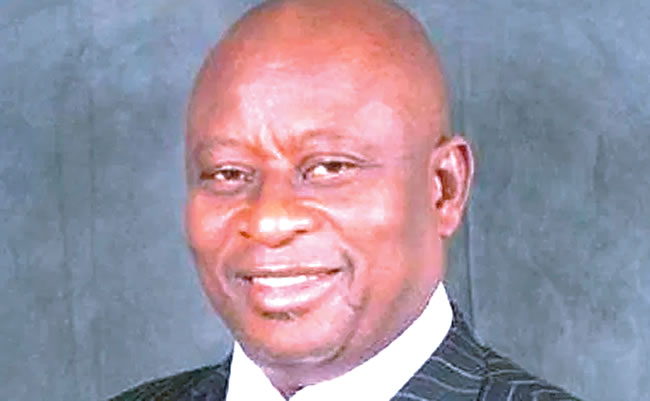 Inuwa had on Monday in Asaba while speaking with newsmen threatened to arrest Olorogun Gbagi inspite of a subsisting court injunction.

Gbagi was declared wanted by the Delta State Police Command following reports that he allegedly stripped his staff naked at his Signatious Hotel in Effurun, Delta State.

But responding in an affidavit to a suit filed before the Federal High Court in Abuja by the former Minister, Inuwa told the court that the Police in Delta State had stayed action regarding the recent Police invitation to Gbagi and have not been threatening to arrest him.

The Commissioner of Police in the affidavit submitted: “That contrary to paragraph 4(c), (d),(f) and (g) of the Applicant’s affidavit in support of the motion for the jointer, the party sought to be joined together with the Respondents, in this case, have stayed every action regarding the invitation of the Applicant and have not been threatening to arrest the Applicant.”

According to the respondents to suit No. FHC/ABJ/1267/2020 before the Federal High Court of Honourable Justice Taiwo Taiwo in Abuja, the Delta Commissioner of Police maintained that the Police is “not making any effort after being aware of the pending interim order” granted by the Court on the 30th day of September 2020, restraining the Police from arresting Gbagi.

The submission by the Commissioner of Police before the Federal High Court through his lawyer, Lukman Fagbemi, however, contradicted his vow to arrest Gbagi inspite of the subsisting Court injunction.

Honourable Justice Taiwo Taiwo disclosed that he would give a final ruling on the suit before his Court next Wednesday.

He further warned the Delta State Commissioner of Police against violating the court’s interim order as doing so amounts to unlawful conduct.

Speaking with newsmen after the Court session, the former Minister of State for Education while responding to the recent threat issued against him by the Commissioner of Police, described same as a gross violation of his fundamental rights as a law-abiding citizen of Nigeria.

According to Gbagi, Inuwa’s comments, particularly against the court’s directive restraining the police in Delta State from arresting him in view of an ongoing court case into the recent molestation allegations against him, constitutes an act of intimidation, and abuse of his position and powers as Commissioner of Police.

He added that with the intervention of the courts in the molestation allegation, the truth will be revealed that he was a victim of a complex political conspiracy to thwart his Governorship bid in 2023.

“I read in a national daily the most recent threat by the Delta State Commissioner of Police to arrest me, despite an interim court order restraining him from so doing pending the outcome of an ongoing suit.

“His blatant arrogance and disregard for Judicial processes amount to flagrant abuse of his powers and office as the Commissioner of Police.

“I, therefore, call on the Inspector General of Police, Mr Mohammed Adamu, to call him to order as his conduct and utterances are unethical and unbecoming of a decent gentleman or officer charged with the responsibility and duty of maintaining law and order in Delta State,” Gbagi said.

Controversial Catholic priest and Spiritual Director of Adoration Ministry, Enugu, Nigeria, (AMEN), Rev Fr Ejike Mbaka, has taken a swipe at President Muhammadu Buhari and past leaders of the country demanding that the President should apologize to the country, especially the youth, on behalf of himself and his predecessors, for causing Nigerians so much pain…Delta CP denies threat  Delta CP denies threat