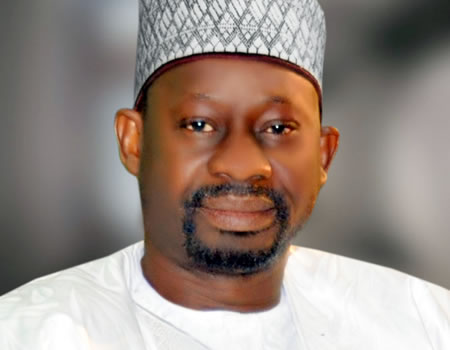 GOMBE State Governor, Ibrahim Hassan Dankwambo has commiserated with the people and government of Bauchi state over the recent windstorm that claimed many lives and rendered many homeless as well as the fire that engulfed the Azare main market burning down about 1, 000 shops and stalls.

Hassan DanKwambo according to his Senior Special Assistant on Media, Junaid Usman Abubakar on Tuesday paid a condolence and sympathy visits to the Emirs of Bauchi and Katagum over the two disasters.

While in Bauchi, the Governor condoled the Emir, Rilwanu Suleimanu Adamu over the rainstorm which ravaged Bauchi and its environs leaving behind many bereaved families while properties worth several millions of Naira were destroyed.

In Azare, Hassan DanKwambo sympathised with the Emir, Baba Faruq Umar over the fire incident which razed down shops and stalls in the Azare main market thereby cutting the sources of livelihood of the victims.

In the two places visited, the Governor urged those affected to take it as an act of Allah since it was inevitable praying that Allah will avert the future occurrence of such a disaster.

The Governor then appealed to spirited individuals to come to the aid of the victims because according to him that is the only way to demonstrate the unity and oneness of Nigeria.

He also called on all the relevant government emergency agencies to provide relief materials to the victims of the two disasters opining though that nothing can be done to bring back what was lost.

The Emir of Bauchi, Rilwanu Suleimanu Adamu in his response thanked the Governor for the visit saying that whatever happens to Bauchi also affects Gombe because of the long history of togetherness between the two.

On his own, the Emir of Katagum, Baba Umar Faruq commended the Governor for finding time to personally Azare to see things for himself having earlier on sent in a powerful government delegation to sympathise with the people of the Emirate over the unfortunate incidence.