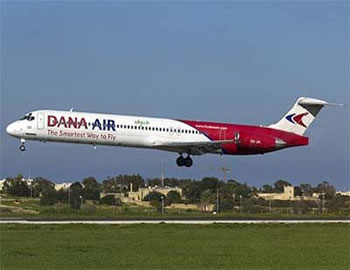 Flight operations resumed Wednesday, at the Port Harcourt International Airport, Omagwa, after a temporary ban on the airport was lifted following the crash landing of a Dana aeroplane No. 5N-SRI from Abuja to Port Harcourt.

The near-tragic incident occurred at about 7 pm on Tuesday, February 20, 2018, with all 49 passengers and 5 crew members escaping unhurt.

Following the incident, Federal Airports Authority of Nigeria (FAAN) placed a temporary ban on airline operations at the airport but by 9 am Wednesday, all the airlines resumed their normal flight schedules to Lagos, Abuja and other parts of the Country.

The situation forced an international airline from France, with many prominent residents of Port Harcourt to go to Lagos to land allegedly due to lack of landing aides and very poor visibility same evening.

Also, some top resource persons expected at major events in the city absent on account of the flight that could not land.

Workers were permitted access to their offices and activities resumed. Flights resumed at after 11 am. This led to wild jubilation as the workers in the airport resumed duties and it was obvious that there was no loss of life in the near air disaster in Port Harcourt Airport.

As at the time of going to the press, the Nigeria Civil Aviation Authority (NCAA), however, was yet to come up with explanations on the incident to reduce wild rumours that have so far taken over the incident.

This has re-echoed the crisis of status of the Port Harcourt International Airport which has been under rehabilitation for many years but is now in shambles.

A total of 49 passengers and five crew members from Dana Airline, were involved in the near tragedy of Tuesday, February 20, 2018, but they escaped what could have been the worst air disaster so far 2018 at the Port Harcourt International Airport.

The near air disaster occurred at about 7.00pm when the Dana aircraft with registration No. 5N-SRI from Abuja to Port Harcourt over-shot the runway in an attempt to land at the international airport at Omagwa.

According to eyewitnesses at the airport, there was a heavy downpour at the airport when the aircraft landed and headed out of the runway.

Our corresponded reported that the Dana Aircraft was badly damaged but that there was no loss of either life or major causality recorded during and after the unfortunate incident.

The involvement of the airport community, the security personnel, and the workers at the airport in the rescue and evacuation of the victims of the mishap, was said by eyewitnesses to be highly commendable and worthy of emulation.

There was more excitement Wednesday afternoon at the airport when another Dana aeroplane opened the runway by landing safely though with few passengers. When this Dana landed, at about 1 pm, there were mixed reactions that greeted this development in reaction to the near tragedy of the previous evening.

Both the workers and several others at the airport stood to gaze at the descending plane up to when it taxied to a stop. There was a visible pouring of emotions everywhere.